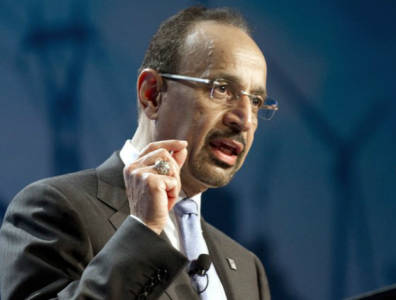 BEIJING, August 31, 2016 – Saudi Arabia on Wednesday rejected allegations that it strives to achieve a certain level of production, saying it works to meet demand instead, be it domestic or international.

Speaking in China, Saudi Arabia’s minister of energy, industry and mines, Khalid al Falih also ruled out the country utilising its maximum production capacity in the near term. “We in the kingdom of Saudi Arabia do not have a targeted number to reach. The kingdom’s production meets the requirements of the customers, whether they are outside or inside the kingdom,” the minister said. “The market now is saturated with oversupply and we don’t see in the short term a need for the kingdom to reach its maximum production capacity,” he added.

Al Falih’s comment on the global supply glut follow statements by Iraq’s prime minister Haider Al Abadi on the topic on Tuesday. OPEC’s second-largest producer, Iraq would lend support to a proposal to freeze oil production at the September gathering in Algeria, the prime minister said.