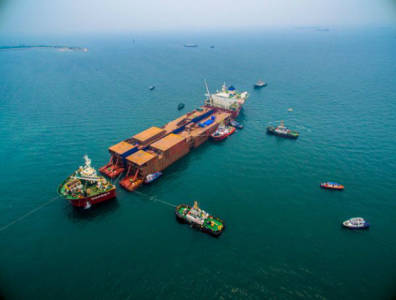 BAKU, May 3, 2016 – BP and its Shah Deniz partners have awarded a Saipem-led consortium a USD 1.5-billion subsea production contract, the group announced on Tuesday. Valued at USD 1.3 billion, the Italian contractor will take the majority of the work. Its partners in the consortium are BOS Shelf and Star Gulf.

The scope of the contract includes the operation of the Khankendi subsea construction vessel, currently being built in Baku, that will transport and install the subsea production system. The consortium will also be laying fibre-optic cables and umbilicals. Utlising the Israfil Huseynov pipe-laying barge, the companies will also lay 90 km of pipeline. Additional pipeline installation work is planned for 2019.

“This award also further strengthens Saipem’s key role in the construction of the southern gas corridor,” Stefano Cao, the company’s CEO, said on Tuesday, also referring to the April 14 award of an engineering, procurement, construction and installation contract for the Trans-Adriatic Pipeline on project.