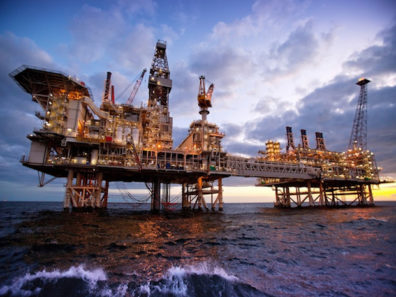 PORT OF SPAIN, August 17, 2017 – Shell has contracted a deepwater semi-submersible rig from Maersk Drilling to use in Trinidad and Tobago, the super-major announced Thursday.

The deepwater semi-submersible rig Maersk Developer will in January 2018 begin drilling the first of three wells in Block E of the East Coast Marine Area (ECMA). Shell has contracted the rig for eight to nine months, with an optional two-year extension.

“Working with Shell on this project and contributing to delivering gas production in Trinidad is very exciting for Maersk Drilling,” Maersk Drilling CCO, Lars Østergaard, said in a company statement. “The project scope involves a range of integrated services and we look forward to taking on the responsibility for these while deploying Maersk Developer’s advanced drilling capabilities.”

The company is also planning to drill wells in other areas of ECMA, which contains the Dolphin, Dolphin Deep and Starfish fields. According to documents related to Shell’s environmental permit application, the company has plans to drill five exploration wells near Dolphin and Dolphin Deep.

Additionally, Trinidad and Tobago’s Energy Chamber has said that Shell will carry out a 3D seismic campaign over blocks E, 5a, 5c and 6b.

The super-major’s development plans are part of a larger commitment to invest in upstream development in Trinidad and Tobago in an effort to assuage ongoing gas shortages. In March 2017, company representatives met with Prime Minister Keith Rowley to discuss planned multi-billion-dollar investments in projects, including the Starfish development.

Shell initially acquired stakes in several ECMA blocks when it purchased BG Group in February 2017. The company increased its holdings in ECMA when it paid USD 250 million for Chevron’s assets, including shares in blocks E, 6 and 5a in mid-2017.