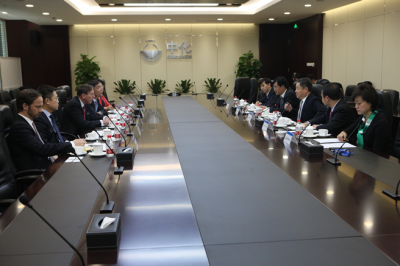 Sinochem to lighten its heavy-oil load

BEIJING , February 21, 2017 – On Tuesday, rumors abound that Sinochem is looking to divest its 40% stake in the 100,000-bopd Peregrino oilfield offshore Brazil.

Sinochem purchased its share of the heavy oil asset in 2010 for around USD 3.07 billion. The remaining shares belong to Norway’s Statoil.

The company has declined to comment on the potential sale of the Peregrino asset. However, it did release a statement regarding its ongoing market transactions.

“The company has been monitoring a large amount of transaction opportunities in the market and is ready to re-adjust and optimise its asset structure at the right time,” Sinochem said.

Should the sale move forward, it will likely precede the second phase of Peregrino’s development, which comes with the hefty price tag of USD 3.5 billion.

The divestiture reflects Sinochem’s attempts to restructure its asset portfolio in the wake of depressed oil prices. One source commented that the financial burden of deepwater development has become “over challenging” for the company.