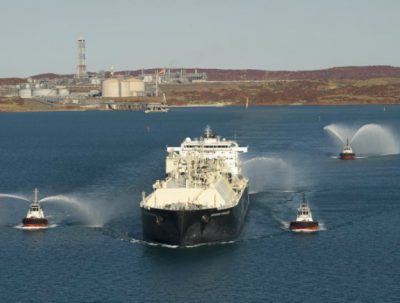 Net profit before one-time items came out at USD 868 million. While a marked improvement over the USD 26 million reported over 2015, it in fact represented a 23% reduction in underlying profit from USD 1.13 billion. Woodside’s 2016 operating revenue was down 19% to USD 4.07 billion

The company’s hydrocarbons production came out at 94.9 million boe last year and is expected to fall to between 84 million and 90 million boe in 2017. However, Woodside aims from annual production growth of 15% through 2020.

The first LNG cargoes from Wheatstone trains 1 and 2, the Greater Enfield oilfield development and the expansion of the Pluto LNG project are expected to drive the company’s output growth plans.