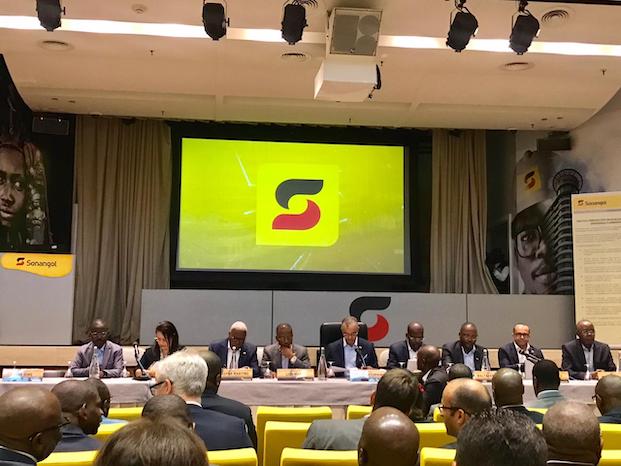 The event, presided over by Carlos Saturnino, chairman of the board, and attended by Diamantino Azevedo, minister of mineral resources and petroleum, offered Sonangol’s Executive Board an opportunity to give an account of the key developments for the group’s activities in 2018.

Saturnino explained that Sonangol’s income in 2018 had topped USD 17.7 billion and that capital expenditures had soared by 51%, reaching USD 2.5 billion. While Sonangol’s 2018 provisional EBITDA earnings decreased by 14% at USD 3.2 billion , the Angolan NOC was able to reduce its 2018 total financial debt by 11%.

The Sonangol members of the board outlined the key measures that had been taken to cut costs, notably a negotiation process with suppliers that yielded savings of USD 1.4 billion: USD 1 billion in blocks 20 and 21, USD 391.5 million in DSME’s drillships, USD 14 million in Odebrecht’s Lobito refinery construction operations and USD 20 million in KCA Deutag’s operations with Sonangol E&P.

Saturnino also highlighted Sonangol’s efforts to develop Angola’s refining capacity, which will be achieved by revamping the Luanda refinery – and which will see its capacity multiplied by four in 2021 – and by constructing the Cabinda and Lobito refineries, which are expected to process, respectively, 60,000 bpd in 2021 and 200,000 bpd in 2025.

Saturnino reiterated the capital importance of the Sonangol Regeneration programme, an initiative launched in November 2018 that will concentrate the group’s focus on oil and gas E&P, refining, liquefaction of natural gas, transport, storage and derivative products distribution and commercialisation.

In the last six weeks of 2018, he explained, Phase 0 of the programme had been carried out, in which teams had been designed and selected for each of the execution blocks of the process.