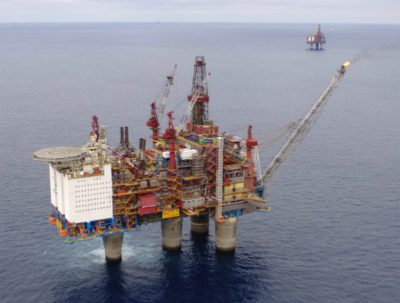 The work scope of the four-year deals, which can be extended by up to six years, includes “drilling, completion, intervention services, plugging, maintenance and modifications on 18 of Statoil’s fixed platforms,” the company said in a statement.

“These contract awards will help ensure safe and efficient well deliveries, and sustain a high level of activities on the Norwegian continental shelf,” said Geir Tungesvik, the company’s senior vice-president for drilling and well.

The news came as the topsides for the Martin Linge platform arrived in Norway after several delays including a deadly incident in 2017 when a crane collapsed onto the modules at a South Korean shipyard. Statoil took over operatorship of the Martin Linge field from Total in November 2017 in a USD 1.45-billion deal.