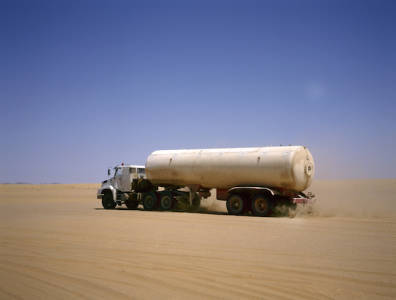 Tanker fire kills over 150 in Pakistan

ISLAMABAD, June 26, 2017 – An overturned tanker carrying 25,000 litres of fuel exploded near the city of Ahmedpur in eastern Pakistan on Sunday, killing more than 150 villagers who had gathered to collect the petrol leaking from the vehicle.

The wreck ignited when a passer-by lit a cigarette, the BBC reported.

The lorry had been traveling from Karachi to Lahore when it blew a tire as it took s sharp turn, initial reports indicated.

“The incident, which was a minor [one], turned into a major blast,” Jam Sajjad, a spokesman for the rescue services, told the BBC.

Charred bodies, cars, motorcycles and pots and pans used by villagers to collect the fuel were seen strewn by the sides of the road hours after the disaster.

Police told reporters they were unable to keep residents off the wreck in one of the poorest parts of Pakistan. Poor health facilities in the area also reportedly contributed to the high death count.

“If you go to these areas of Bahawalpur [district]… the poverty level here rises up to 65 percent at times,” Sabir Shah, a local journalist, told Al Jazeera.

“In these conditions, with these figures, how can you expect people not to collect cooking fuel for themselves? This petrol is being used as cooking fuel by many people in nearby fields.”

BPTT sees protest at its offices
Next