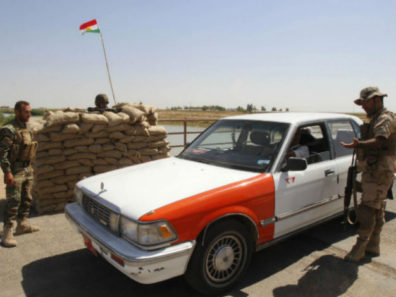 The KRG takes control of the Kirkuk oilfield

ERBIL, June 18, 2014 – With the fall of Mosul to the Islamic State of Iraq and the Levant last week and much of central Iraq thrown into chaos by the insurgents’ advance across the country, the military of the Kurdistan Regional Government (KRG), known as Peshmerga, took up positions in key border territories between the Kurdistan Region and central Iraq that had been left abandoned by the retreating Iraqi army.

Perhaps most notable is the KRG’s current occupation of the city of Kirkuk and surrounding land. Reuters estimated that in total the KRG may have increased its territory by as much as 40 percent last week.

Article 140 of Iraq’s 2005 constitution intended to settle the rights to disputed territories, including Kirkuk, by a referendum, but as time passed a referendum never came, and the article was largely criticised by the KRG for lacking in fairness and funding. In an interview posted on the KRG’s official website on Sunday June 15th, Prime Minister Nechirvan Barzani stated that when Kirkuk was under siege and the territory threatened, “the office of Prime Minister Nouri Maliki officially asked the KRG to take over the headquarters of the 12th Division of the Iraqi Army in order to ensure that no security problems arise.”

While violence rages to the south it remains to be seen what the final outcome for the country will be, but the vast oil reserves of Kirkuk, estimated at around 10 billion barrels, are at present, firmly in the control of the KRG.