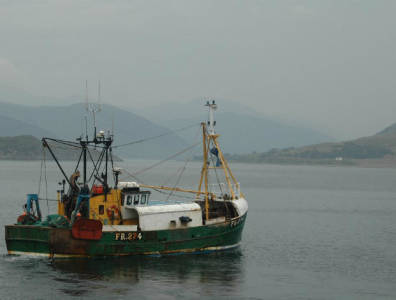 SHETLAND, February 8, 2016 – Total has begun production on its massive offshore Laggan-Tormore project in the UK, the super-major said in a press release Monday.

The plan to develop Laggan-Tormore was approved by the UK government in 2010 and will be the first offshore project without surface platforms. The fields are expected to produce up to 90,000 boepd, a huge contribution to UK’s declining offshore hydrocarbons output. The project is expected to have a lifespan of 20 years.

The wells sit 600 metres below the deepest and roughest waters ever drilled in the UK. The undertaking consists of a 140 km tie-back to the four wells to the Shetland Gas Plant. The new facility has a capacity of 14.2 mcm (500 mcf) per day. The two blocks, 206/1a and 205/5a, are located 125 km northwest of Shetland.

“The innovative subsea-to-shore development concept, the first of its kind in the United Kingdom, has no offshore surface infrastructure and benefits from both improved safety performance and lower costs,” said Arnaud Breuillac, Total’s president of exploration and production.

Total runs the Laggan-Tormore operation with 60% stake, along with its UK partners, DONG Energy and SSE, which both have 20% stakes.

For more oil and gas news and features on the UK, click here.