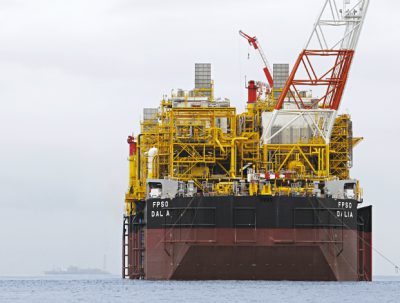 LUANDA, February 20, 2017 – Dalia phase 2A came on line in the third week of January, adding 30,000 bopd to the block’s production, Sonangol announced on Friday.

The project connected four wells to the Dalia FPSO, accessing another 35 million barrels of reserves.

Block 17 was Angola’s most lucrative block in 2016, exporting more than 230 million barrels, or a third of its national output. The sales were calculated to be worth EUR 8.7 billion.

Exploration at the 1,300-metre-deep block between 1996 and 2002 produced 16 discoveries, which are still being developed, in four centres: Girassol, Dalia, Pazflor and CLOV. The development contains estimated reserves of more than 500 million barrels of oil.

In order to develop additional reserves and improve the recovery, Total has been designing brownfield projects for the block. It has plans to progressively connect peripheral discoveries on or near the block to the backbone installations.