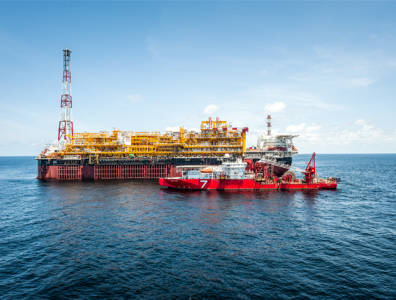 LUANDA, May 27, 2015 – Energy giant Total announced on Wednesday its achievement in producing a total of 2 billion barrels from its block 17, located about 150 kilometres off the coast of Angola.

“Block 17 is a global benchmark in the deep offshore and represents a unique industrial adventure, with 15 discoveries and a very high level of production. Thanks to the commitment of our teams and a number of technological world firsts over the past 14 years, the production of Block 17 has continuously ramped up,” said Total’s president of exploration and production, Arnaud Breuillac, in a company statement.