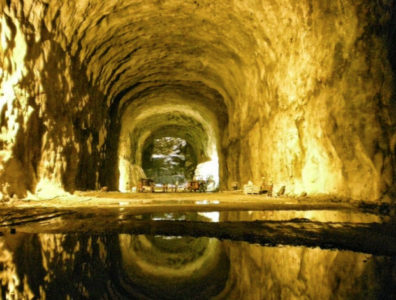 MANGALORE, January 26, 2017 – India signed a landmark contract for the storage of UAE crude oil on Wednesday.

The agreement between Indian Strategic Petroleum Reserves and Abu Dhabi National Oil Company (ADNOC) will see around half of India’s Mangalore underground storage facility filled with 5.86 million barrels of oil from the emirate.

The deal was signed in Mangalore in the presence of the UAE’s president, Sheikh Khalifa bin Zayed Al Nahyan, and Indian Prime Minister Narendra Modi.

The idea of Indian Strategic Petroleum Reserves storing ADNOC crude in Karnataka was first floated in 2014. Now secured, it will allow the UAE to move cargoes from the storage facility in order to meet shifts in regional demand.

The handshake strengthens ties between the UAE and a country experiencing a massive rise in energy demand. India imports 79% of its oil, and a total of 8% of this comes from the UAE, making the Gulf state the country’s fifth-largest oil supplier.

“This mutually beneficial partnership will create opportunities for ADNOC to increase its market share in delivering high quality crude to India’s expanding refining industry, while also helping India meet its growing energy demand and safeguard its security,” said Sultan Al Jaber, minister of state for the UAE and CEO of ADNOC.

The pact was made alongside others relating to defence, trade, maritime co-operation and energy. Included in these is a memorandum of understanding for the supply of oil by ADNOC to Haldia Petrochemicals’ new Kolkata refinery, which has a planned capacity of 300,000 bpd. The agreement also explores increasing ADNOC’s supply of light refined naphtha to the Indian company.