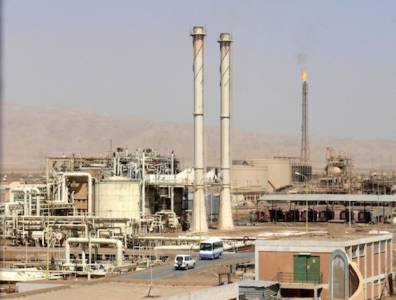 DUBAI, February 17, 2015 – The UAE has carried out airstrikes against Islamic State (IS) oil refineries, the country’s state news agency said on Monday.

The report did not specify the location of the refineries, but said the UAE’s F-16 fighter jets took off from an air base in Jordan and returned safely after the mission.

Previous strikes against IS refineries by the Emirati air force took place on February 10 and 12.

A major offensive against the militants’ refineries took place in November, when the US reported that strikes by its military coalition had taken out 22 IS-controlled modular refineries and reduced the group’s refining capacity by around 11,000 barrels of oil per day. State Department envoy Amos Hochstein estimated the IS was left with a capacity of around 50,000 barrels of oil per day, equalling about $1 million in daily revenue.

IS was estimated to control around six producing oilfields as of late 2014, among them Iraq’s Ajeel, Himrin and Qayara plays. Iraqi officials say the terrorist group’s refined oil is smuggled to world markets via Turkey, Jordan and Iran.

Concerns over IS presence in Libya