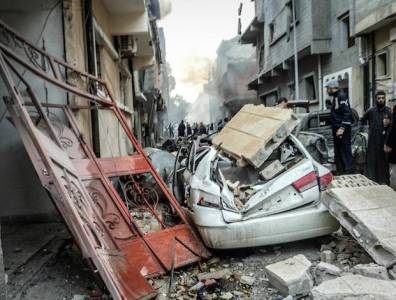 Concerns over IS presence in Libya

DERNA, February 17, 2015 – Despite oil prices rising to $62 per barrel on Monday, concerns still loom in Libya over the ongoing violence involving Islamic State (IS) militants.

IS executed 21 Egyptian Christians in Libya over the weekend. Egypt’s air force responded by undertaking a series of airstrikes on Monday against IS positions in Derna, killing around 50 militants, Egypt’s state TV reported. These activities were in addition to airstrikes conducted the same day by UAE F-16 jets on IS targets in Jordan, the Emirates News Agency reported.

“The geopolitical risk is not something to write off,” said Olivier Jakob, an oil analyst at Petromatrix in Switzerland, “The continuing unrest could affect oil prices,” he told Reuters.

A bomb exploded on Saturday at a pipeline that transports oil from the El Sarir oilfield to the Hariga port. Other oilfields have stopped production entirely due to the ongoing fighting, while other ports in the country have also been disrupted. Internal conflict has hampered oil production Libya, which is now less than 350,000 barrels per day, according to Reuters.