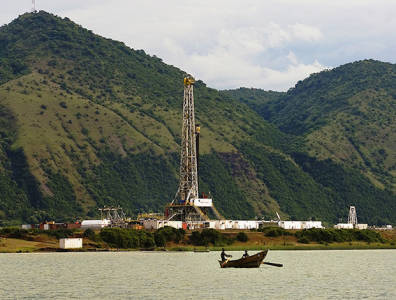 KAMPALA, March 3, 2017 – Uganda’s Ministry of Finance has put in a loan request to the Chinese Export-Import (ExIm) bank for USD 500 million. The loan would form the bulk of the USD 564 million Uganda needs to build a new network of ten new roads to service its fledgling hydrocarbons industry.

Local newspaper Daily Monitor reported Uganda’s Ministry of Finance, Planning and Economic Development as confirming the submission. “It is a matter of prioritising, and we have made it clear that these roads are much needed to help us get oil out of the ground,” said Finance Minister Matia Kasaija.

If the Chinese loan is secured, the rest of the funding is to come from Uganda’s Petroleum Fund subject to parliamentary approval.

With the aim of starting commercial oil production in 2020, Uganda is working to develop its infrastructure. The proposed road network is in Uganda’s oil belt and will go some way in preparing the country for eventual oil production.

Since Uganda’s first commercial oil discovery in the Lake Albert region in 2006, its reserves have been calculated at 1.8 billion-2.2 billion barrels. The Ugandan government sets the number slightly higher, at some 6.5 billion barrels.

International interest in this new market has been marked: Total, China’s CNOOC and Tullow Oil are all working to develop Ugandan oil deposits.