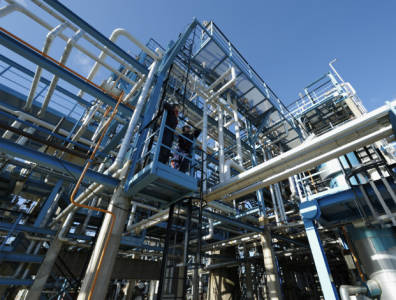 KIEV, September 14, 2016 – Ukraine may decommission part of its midstream gas infrastructure due to the fall of Russian gas exports to Europe via the Eastern European country, Ihor Prokopiv, head of gas transport monopoly Ukrtransgas, said on September 13.

About 40% of Russia’s gas exports to Europe is currently transported through Ukraine, however this figure is expected to fall in the coming years with the development of alternative routes to Europe for Russian gas.

Around 70 bcm (2.47 tcf) of gas currently transit through Ukraine to Europe per year, down from about 110 bcm (3.88 tcf) per year before the construction of the Russia-Germany Nord Stream pipeline. Prokopiv said three transport optimisation scenarios were currently under study for 70 bcm, 30 bcm (1.06 tcf) and zero bcm per year.

According to Prokopiv, Ukraine’s gas transportation system currently has significant surplus capacity, as about a third of the country’s gas compressing stations have temporarily halted operations.