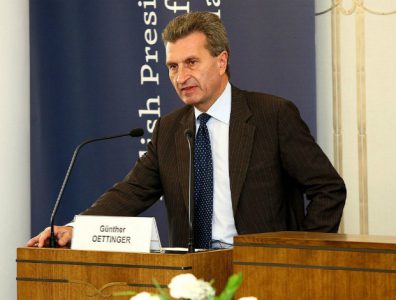 MOSCOW, June 4, 2014 – On May 30, EU’s Energy Commissioner Günther Oettinger stated that Ukraine had paid $786 million of the $3.5 billion Russia says it is owed for past deliveries of natural gas.

Several weeks ago, Gazprom increased the price for gas to Ukraine by 80 percent, resulting in a standoff between the two countries. The Russian side has threatened Ukraine with moving it to a pre-pay system, while Ukrainians have argued for paying the old price of $268 per 1,000 cubic metres (35,310 cubic feet), against the new price of $485.50.

On June 2, Gazprom extended the payment deadline on the remaining amount until June 9. Negotiations between the two sides will be ongoing this week

Kuwait to purchase gas from Iran
Next

Cheque on the table for oil spill compensation