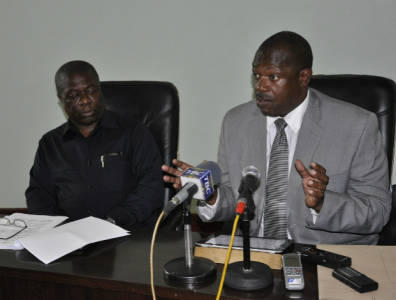 Cheque on the table for oil spill compensation

DAR ES SALAAM, June 4, 2014 – Charles Kitwanga, deputy minister for energy and minerals of Tanzania, has confirmed that the compensation for the 2011 oil leakage that took place in the Kilosa district has been made available for collection.

TAZAMA Pipeline, a joint venture between the Tanzanian and Zambian governments that oversees the historical oil pipeline, has put forward for collection a cheque for $50 million to repair the residents of the council’s Malolo ward for damages to the area’s crops, water sources and environment at large.

The figure came after a study in 2012, also upheld by Tazama, and has been due ever since. After pressure was made by Kilosa’s local authorities to see the payment through, the issue finally comes to rest. Tazama has also agreed to contribute to the development of public water supply projects in Malolo.

Ukraine pays off part of Russia gas debt
Next