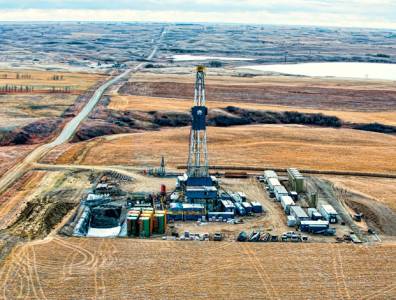 HOUSTON, February 12, 2015 – US oil production reached an all-time high of 9.2 million barrels of oil per day for the week ending February 6, as West Texas Intermediate once again slips to below $50 a barrel. According to a new report from the US Energy Information Administration (EIA) released on Wednesday, this was a record for weekly data going back to 1983 and equals the EIA’s daily record set in October 1973, based on monthly production records.

The EIA also pegged US crude stockpiles at new heights of 417.9 million barrels in the week, up 4.9 million barrels. Data from the agency implies that the volume of oil stored by refiners, traders and other companies was at an eight-decade peak.

The price of oil plummeted to near-six-year lows last month, with the over-supplied global market harbouring strong production volumes and moderate demand. However, prices have shown signs of stability in the past two weeks and lower levels of investment and drilling activity expected for the second half of 2015, particularly in the US, suggest that oil-output growth will slow.