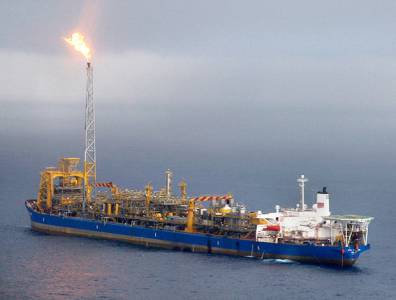 “In our experience, it is difficult to imagine the missing surviving,” José Maria Rangel, head of Brazil’s largest offshore oil union, Sindipetro-NF, told Reuters. According to the government oil and gas regulatory agency, the situation has been stabilised, but production has been halted.

The platform, a converted oil tanker, produces 2.3 mcm (88.3 mcf) of gas and 2,200 barrels of oil per day in the Camarupim field, 100-percent owned by Petrobras, 75 kilometres northeast of Vitoria. Located 50 kilometres offshore, it also produces from the Camarupim Norte field, held jointly by Petrobras and Ouro Preto Energia.

Petrobras has been mired in a corruption scandal that culminated in the resignation of CEO Maria das Graças Silva Foster and five senior executives last week.

US breaking EIA records as oil price drops
Next