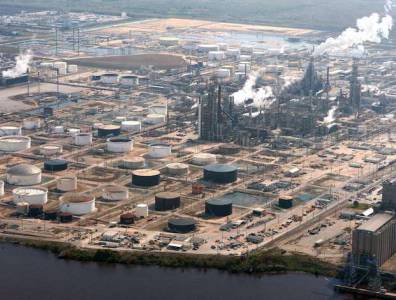 HOUSTON, January 30, 2019 – Sanctions on Venezuela’s crude have pushed up the price of US sour-grade Mars crude oil by 2% as refineries attempt to secure stock to replace Venezuela’s heavy oil production, international media reported on Tuesday.

The USA was importing an average of 500,000 bopd of sulphur-heavy Venezuelan crude, The US refinery sector’s reliance on this cheap material cannot be replaced with the lighter grades of oil produced in much of the USA.

Efforts to retool the USA’s refineries to better suit ballooning US production are under way.
Reuters reported that ExxonMobil said on Tuesday that it will expand its Beaumont plant to make it the largest refinery in the US, while Chevron has agreed to buy the Pasadena refinery owned by Brazilian NOC Petrobras.