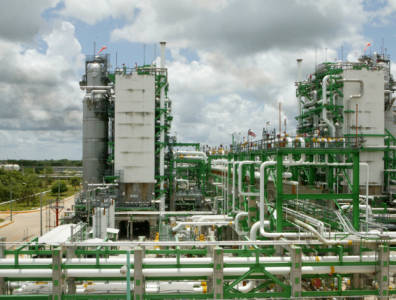 US set to open oil trade ties with Mexico

WASHINGTON, D.C., August 17, 2015 – The US Department of Commerce is likely to approve an application by Mexico’s state-owned Pemex for a crude oil exchange, news agency Reuters reported on August 14. If successful, the deal would mark an opening of oil trade ties between the two countries.

Mexico formally submitted the application in January 2015, asking for an exchange of around 100,000 barrels of oil per day, which represents around 1 percent of current US output. Licences are expected to be awarded by the end of August 2015, and will be valid for a period of one year.

The deal will likely see Mexico exchange its heavy crude for the light shale oil coming from Texas and North Dakota. Mexico is attempting to boost its downstream sector as part of an ongoing energy reform, and light oil is a better match for the country’s ageing refineries. At the same time, the US’ more modern refineries are better designed to handle heavy oil.

A US 1975 energy law bans crude exports, though includes exceptions for Mexico and Canada. While the US has long seen oil flow back and forth across its northern border, trade has never picked up with its southern neighbour, except for one brief interlude in the 1990s to fill the US strategic reserve.

The positive sign sent to Pemex by the Obama administration adds momentum to efforts to repeal the 1975 law, a cause typically championed by Republican lawmakers. While US upstream companies look forward to the liberalisation of crude exports, arguing the ban has led to a glut in the domestic light oil market, US refiners are concerned this would end their access to relatively cheap feedstock.