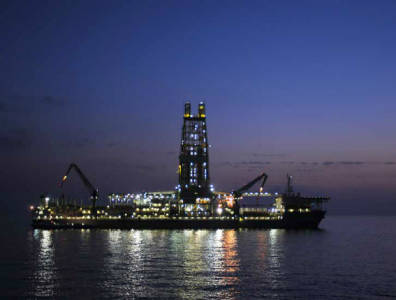 HOUSTON, August 18, 2015 – Vantage Drilling has pulled out of contract for a drillship being constructed by Daewoo Shipbuilding & Marine Engineering in South Korea. The cancellation comes after the US offshore drilling contractor failed to make a $59.5-million payment on July 15. The instalment had already been deferred once at the end of 2014.

Vantage had originally ordered the Cobalt Explorer deepwater drillship in July 2013. The company has announced it is seeking to recover the initial $59.5 million it put down at the time of order, plus contractual interest, but expects to take $27 million-$30 million in write-offs. The vessel had been slated for delivery in early 2016, at which time an addition $476-million payment would have been due.

The Cobalt Explorer would have been the fifth drillship in Vantage’s fleet. It was designed to drill to a depth of 3,658 metres, and represented the company’s strategy to target the deepwater offshore market, in which a gap had existed prior to the precipitous fall in oil prices starting in June 2014.

Due to its expensive cost, deepwater programmes are often the first to be cut by upstream companies looking to rein in capital expenditure. Vantage has not secured any new contracts for 2016, and according to analysts’ projections, will not produce enough cashflow to cover interest payments due that year.

Shell ready to go deep in Arctic
Next