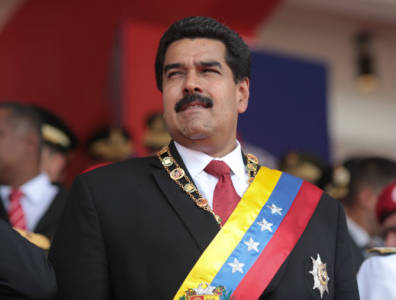 “Rex Tillerson, while visiting Argentina, has just threatened us with an oil embargo,” the Venezuelan leader said in a video broadcast on Facebook. “We are prepared. They are threatening us with imperialism. We are prepared to be free, and nothing and no one is going to stop us.”

The news came as Maduro invited OPEC members to develop “a joint cryptocurrency mechanism backed by oil,” al-Jazeera reported him as saying. Venezuela recently unveiled the Petro, an oil-based cryptocurrency that can help it avoid international sanctions.

Maduro’s comments were a retort to statements made by Secretary Tillerson and Argentinian foreign affairs minister, Jorge Faurie, at a press conference in Buenos Aires on Sunday. The two government officials discussed topics including the impact of Venezuela’s instability on the region, and agreed to consider placing sanctions on the country’s oil industry.

During Secretary Tillerson’s visit to Colombia on Tuesday, President Manuel Santos also expressed support for the USA in its approach to the Venezuelan regime, saying “the return of democracy is urgent in Venezuela because its people are suffering.”