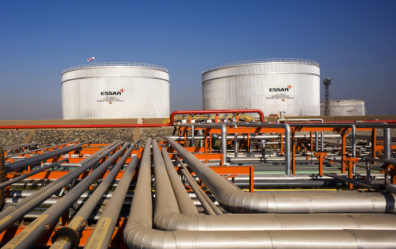 With Rosneft at helm, Essar pays €2 bln to Iran

MUMBAI, April 13, 2018 – Essar Oil has paid off around EUR 2 billion of its debt to Iran for oil sales during sanctions since its acquisition by Rosneft, international media reported on Thursday.

A consortium led by Rosneft acquired Essar in August 2017 in a deal valued at USD 12.9 billion.

While Anand did not specify the timing of the payments, his announcement comes as a show of support for Iran as US President Donald Trump threatens to reinstate US sanctions.

Indian refiners, unable to channel payments to Iran for crude purchases during the period of heightened sanctions that ended in January 2016, have been paying off their debts to the country, which stood at around USD 6.5 billion when the JCPOA deal for lifting sanctions was reached in mid-2015.

SDX strikes gas in Egypt
Next