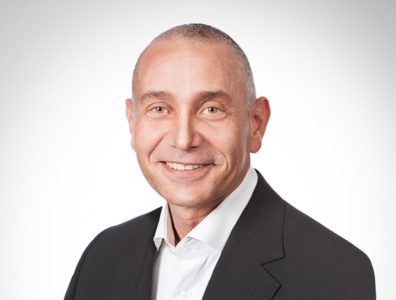 Egypt today is on the map as a gas producer. A lot of exploration will take place in the country.

Ayman Khattab, president and CEO for the Gulf and North Africa at Baker Hughes, a GE company (BHGE), talks to TOGY about the business environment in Egypt’s oil and gas industry, the country’s potential as a services hub and the company’s landmark deal with ADNOC. BHGE provides energy services across the value chain.

What is your assessment of the current business environment in Egypt’s oil and gas industry?
Egypt has been going through a major transformation, bringing extra stability. The government has been extremely adamant and keen on making overdue structural changes and reforms. This is to put the country on track and to liberate the full potential of Egypt. The government started making tough changes and decisions that will pay off in the long term. From a business perspective, I certainly see that these changes were needed, and they will bear fruit.
People always talk about Egypt’s privileged geographical location. I think that is a given. For Egypt to unlock its potential, what will make a difference is the ability to attract investment.
The government started the reforms – ensuring free movement of money, investing in infrastructure, building trust. These are all important for anyone who wants to invest in a country.
Today, the country has the potential to be a hub for services – and I am not just talking about the oil industry. Egypt is rich with talented people and the cost of operating in Egypt is very competitive on a global scale. I have been saying all along that Egypt is the best positioned to become a hub for services, for logistics and for manufacturing.
For this hub, you need talented and capable people. If they are not ready, they can be trained. From my experience, Egyptians are quick learners. They just need to be trained properly and they can do things right. When you put them in the right system, the right structure, with the right management, they will do great and excel.
For BHGE, Egypt is very important as a country for its oil and gas market. The activity that the country has seen, especially with the Zohr field gas discovery, is phenomenal. Egypt today is on the map as a gas producer. A lot of exploration will take place in the country.
Following the success of Zohr, Egypt has sparked interest in the Mediterranean. So, the activity will spread in the Mediterranean: Cyprus, Greece, Turkey and Lebanon. Going west, Libya will be next and Algeria as well. In Algeria, they are already looking into drilling offshore for the first time. I attribute these new plans to a great extent to Egypt’s gas discoveries.
People watch what Egypt does. Egypt has always been a role model for this region. It has always been first in many things. I see this role coming back on many fronts.

Egypt is also spearheading the Eastern Mediterranean Gas Forum, where participants are leaving behind politics to do business.
That forum is a great example of how business can help politics and stability. I think it was the first time where in an economic and business forum, people were brought together that would not have usually sat together. It is good for business, it is good for the countries and it is good for people. It is great to see that business can also be a vehicle for making peace and prosperity. With peace comes prosperity. I think it is a great story.

What future do you see for the Egyptian gas market?
The focus on gas will continue. Egypt is lucky because it has invested in infrastructure. The LNG plants are already in place. Zohr is now in phase two, and there is drilling taking place in other fields. There is potential for another big discovery. Then there is the exploration activity that will take place in the Red Sea.
Regarding the government decisions mentioned earlier, some involved the demarcation of maritime borders, which took place in the Mediterranean and the Red Sea. Achieving that gives the country more freedom to bring investors in to explore in regions that are legally recognised as its own.
There will be more activity in the Mediterranean and in the Red Sea. Hopefully discoveries will help bridge the gap between supply and demand for oil. From a gas perspective, the country reached self-sufficiency last September. That is a major achievement as it helps to alleviate the burden on the economy and the budget from having to import oil.

Egypt becoming the East Mediterranean gas hub is the headline now, but the country is also active on the oil side. What is BHGE’s take on this?
Gas is the major story because of Zohr, but that doesn’t overshadow the huge amount of work that is done on the oil side. The fact that Egypt is not yet self-sufficient in oil production doesn’t mean that there isn’t a major and commendable effort being undertaken by operators drilling on land.
We are a technology provider, not an oil company nor an operator. But as a technology partner, we provide products and solutions that can help our customers produce more and more efficiently.
This is one of the areas of co-operation that we as BHGE will be working on production enhancement with a focus on oil. We can bring additional value to help bridge the supply-demand gap. There are ongoing discussions.

How is BHGE involved in the Ministry of Petroleum’s modernisation programme?
This is a great initiative from the ministry; it is one tool in the box. There is an effort to modernise Egypt, to bring it back to its well-deserved role as a leader in this part of the world, as an innovator, a pioneer and a role model. We certainly lost that for a long period of time. There is very strong desire from everyone. There is passion about restoring this position that we used to have as Egyptians.
The modernisation is an initiative that the ministry launched that is focused on people, on processes and digitalisation of the sector. You can have easier access to all the information to make faster and better decisions. As a holistic concept, it is fantastic.
The programme has seven pillars and we are heavily involved with the ministry on the people aspect.
People are the main ingredient to unlock the success of the organisation and the country. Our engagement will include leadership, technical and on-the-job training in addition to exposure to international operations. You want to give to both talented people and the young ones with great potential the advantage of seeing how international co-operation operates. One gets that experience, you bring it back, and that starts a chain reaction. We are very committed to people. We are very passionate about developing human capital.
My advice to people willing to invest and do business in Egypt is to be patient. I believe Egypt has the right ingredients to offer a winning outcome for the country and for an investor or company of our size, which we see in localisation. Localisation of the services is easier; it is all about people.
There is also localisation of manufacturing, which can be a vehicle to bring technology, knowledge transfer and to create jobs, while as a company benefiting from the additional competitiveness that comes from being able to localise.

What manufacturing and services does your co-operation with Egypt’s Petrojet comprise?
The capability of Petrojet is outstanding. We have two agreements. One is for the fabrication and assembly of rod-lift pumps. This was signed in 2014 and we have already assembled more than 1,500 units. That is one example. It was a start to this kind of co-operation. Last year, we signed an agreement with Petrojet for fabrication and manufacturing for the equipment that will be required for phase two of Zohr. That contract was worth EGP 1 billion [USD 57 million].
There is great co-operation between us and them for doing business in Egypt and the wider region. I want to build on that, and this is an area where we are very keen to expand.
In those types of agreements with accomplished Egyptian companies, there is a benefit for us as a company, but also a benefit for the country. It is our commitment and the role we play in any country in which we work. It is also part of your social responsibility. We are here to do business, but you have to leave a legacy behind for the people.
Manufacturing and localisation are areas where we want to play a big role. Localisation is driven in many countries through in-country value programmes. Egypt does not have such a programme yet. In many countries, we started these investments before the programmes were in place, and Egypt is one of those. We see there is value for both parties.

Do you see Egypt eventually applying AI technology as Abu Dhabi is doing?
There will be applications in Egypt. However, you must be selective where you use AI. We are involved with the ministry on the digitalisation side, allowing them to collect and host all the information in one place.

What avenues does your contract with ADNOC Drilling open and what is its role in ADNOC’s 2030 Strategy?
This contract represents an amazing new way of doing business. We are extremely honoured to be the first to make such an agreement with ADNOC, taking a 5% stake in ADNOC Drilling. This is a first for both ADNOC and BHGE. There was an amazing alignment about the vision and the outcome in both companies all the way from the top to the working teams.
It is a new business model on which both companies were encouraged to embark, and which we expect will make a step change in terms of improvement in efficiency. The outcome is drilling faster and cheaper and bringing production earlier. It is very exciting to be partners with a company like ADNOC in their transformation journey. This partnership between BHGE and ADNOC Drilling is part of that transformation.
As we speak, we are drilling the first well three months after signing the deal, which is a record on its own.

Is this part of BHGE’s fullstream approach?
Yes, 100%. BHGE’s fullstream mindset is to make a radical transformation in how the industry works by changing the way we do business to deliver unparalleled levels of industrial yield and increasing productivity through breakthrough technology, service and commercial models. We have a unique proposition that expands from upstream, midstream and downstream to achieve that.

What is your sustainability strategy in line with Lorenzo Simonelli’s ambitions?
At the beginning of the year, Lorenzo Simonelli, BHGE president and chairman, announced the company’s strategy of including an aggressive emissions reduction goal. The target is to reduce BHGE’s CO2 emissions 50% by the year 2030 and reach a net-zero CO2 emissions balance by 2050.
From 2012 until today, we have already reduced our emissions by 26%, that shows capability and commitment to achieve it.

What is your vision for 2019?
2019 will be another challenging year for the industry. We remain focused on growing share, margins and cash. We will continue to work closely and deliver success with our customers using innovative solutions, products and commercial models.