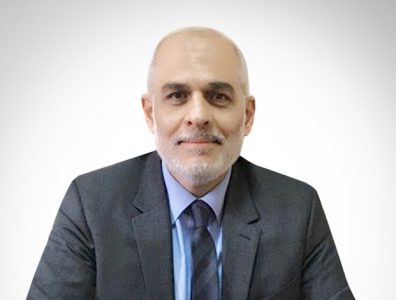 Although wind predates solar, solar is catching up to wind, and it’s moving faster.

Mohammad Makhlouf, chairman and CEO of SUNPRISM Energy Technology, talks to The Energy Year about the role of renewables in the development of the Egyptian energy industry and its future outlook. SUNPRISM is an Egyptian photovoltaic panel manufacturer.

How mature is the renewables landscape in Egypt?
Apart from the well-known Aswan Dam, which produces hydroelectric power, other forms of renewable energy are on the rise in Egypt.
Egypt is endowed with a lot of sunlight – especially in the south – and a lot of wind, for instance in the flatlands by the Red Sea in Zafarana, where the country’s largest wind farm is. Although wind predates solar, solar is catching up to wind, and it’s moving faster. That’s because wind has been primarily directed to the utilities sector. Moreover, wind systems are unshrinkable for the moment. It’s uneconomical to scale down a small wind farm for a house.
With solar, it’s a different story. There are no moving parts in a photovoltaic system, which increases its lifetime compared to a wind system. Solar panels have a lifetime of 25 or even 40 years.
When it comes to wind, there is hardly any manufacturing – it’s all imported. Accordingly, there isn’t much technology development, which has to go hand-in-hand with manufacturing in countries like Egypt. When it comes to solar PV, there are six to seven manufacturing plants in Egypt, including SUNPRISM.
There is also the concentrated solar power (CSP) technology, which is a reflection-based system where a set of mirrors concentrate solar energy onto a tower that generates steam as a result and will then drive a turbine. This system is also geared for large stations (generally 5 MW and above) and is starting to gain momentum in Egypt and the region. It presents higher capital costs but covers longer generation hours and can integrate more easily with an energy storage system.

How is Egypt coping with its excess electricity production?
The grid in Egypt is oversubscribed, with too many power plants feeding into it. We now have an official total installed capacity of 59 GW on-grid, far above our electricity demand. That excess energy generation has to be served somewhere, otherwise, it doesn’t make sense economically.
Egypt is therefore planning to export energy through high-capacity transmission lines set to go in four directions. One is to Europe, through a submarine cable to Cyprus. A second one is to Jordan and Saudi Arabia. A third one will go down towards Sudan. And the fourth will serve Libya, once its political situation stabilises. Preparations for the transmission lines to export to Europe and Jordan are underway.
Nevertheless, even using ultra-high voltage transmission lines of 500 kV or more, it won’t be possible to export more than 3 GW through one line. That’s big, but not so much for Egypt. Even if 12 GW are offloaded across the four export routes, it will still take a few years before capacity and demand are levelled.

How has the removal of subsidies impacted the power generation sector?
The removal of subsidies had to happen, as they are not sustainable in the long term. In some cases, there are even double subsidies. For example, electricity might be subsidised by subsidising the electricity itself and by subsidising the fuel that goes into the power plants. The removal of subsidies has caused a significant increase in energy costs in the past five years hence placing a heavy burden on the average citizen to cope with its costs. This has enhanced the desire of consumers, farmers, industries and commercial businesses for alternative sources of energy.
Solar PV demand has therefore increased sharply in the past few years, despite facing resistance from the classic fear of new technology adoption as well as government counter-regulation. Nevertheless, in my view, renewable energy use is poised, along with other forms of alternative energy sources, to continue to grow for the next decades.
Today, one residential and commercial kilowatt hour costs EGP 1.5 [USD 0.10] (as opposed to around EGP 0.40 [USD 0.03] five years back). In the next 5-10 years, it could easily go up to EGP 3 [USD 0.20].

How is legislation impacting the renewables field?
There are some disincentives. For a start, wheeling has been discontinued. As an example, a manufacturing plant that needs electricity could set up a power plant and use the grid to deliver the power to the manufacturing plant. This is the wheeling mechanism, where the government has recently hiked up the charges in a major way. This rendered it uneconomical and was a contributing factor in slowing down the adoption of renewable energy in Egypt
At smaller scale levels, and where on-site installations would have benefited from on-grid net metering facilities, the government has imposed an approval requirement, where installers bid to set up a solar system. With systems above 500 kW, the government charges an inclusion fee of up to 30 piastres [USD 0.02] per kilowatt hour injected into the grid, which in itself makes a project uneconomical.
On the other hand, systems below 500 kW are too small for the industrial sector. It’s a way of getting rid of much of the net metering activity, which came to the detriment of the renewables (particularly solar) industry in 2020 and 2021. Therefore, most of the eyes went to the off-grid applications, where the majority of growth is going to happen in the next few years in my view. That includes the agricultural sector and remote installations.

In which sectors can renewable energy sources play a major role?
There are seven main sectors addressable by renewables: residential, agricultural, industrial, commercial, infrastructure, utility and remote installations such as border posts or remote oil and gasfields. This last sector is very interesting, as Egypt has thousands of remote installations. Today they are powered by diesel but in the future, they could be addressed by renewables.

How is SUNPRISM supporting the sustainable energy transition?
We produce photovoltaic panels. Thanks to extensive quality control we are able to offer high-quality solar panels. We also manage to offer competitive prices thanks to good supply chain management. We leverage small gaps in shipping costs to achieve price competitiveness.
As of now, we are targeting several markets in neighbouring countries. Additionally, we’re working on developing a big client base in Egypt in several sectors. As of now, SUNPRISM is mainly looking to export its products to the Middle East and Africa. In terms of European expansion, we are considering countries such as Italy, Greece, Spain and France. That’s because of Customs duty benefits: products manufactured in Egypt are considered European thanks to the bilateral agreements with the European Union.

How has the pandemic affected Egypt’s power sector?
Energy demand has not been impacted majorly by the pandemic. That’s because the industrial sector has remained operational. Moreover, population growth has accounted for increased energy demand.
On the grid, electricity demand has always averaged around 19 GW. The peak, which is about 15 minutes a day, averages 31 GW. The majority of the industries and the residential market are connected to the grid. All in all, the on-grid energy demand didn’t suffer in any major way.
Electricity demand has increased off the grid, which has not been reflected in the numbers. Off-grid electricity is served by diesel generation, but diesel has suffered from the removal of subsidies. Diesel prices have skyrocketed in the last few years. Right now, the solar alternative to diesel generation is emerging and it’s gaining popularity.