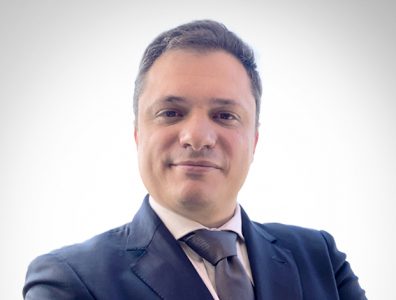 We have an opportunity to be one of the catalysers of the energy transition, with our ample role in the value chain.

A reference on quality and safety in Angola

Marcos de Sousa, then-manager of ISQapave Angola and now head of ISQ Group subsidiaries controlling, talks to The Energy Year about challenges in introducing new technology in the Angolan market and how the company plans to introduce advanced non-destructive testing (NDT). A JV of Portugal’s ISQ and France’s Apave, ISQapave provides certification, quality control inspection, training and NDT services, mainly to the oil and gas industry.

What are the challenges in introducing new technology in the Angolan market?
Market demand is always a factor. For example, if the market for NDT is focused on conventional NDT done with radiography, as is currently the case in Angola, despite our solid position in this area and the experience we can bring from our global groups, we have to deliver what the market is asking for. We are influencing the debate, but the customer is not yet willing to make that move.
At the most recent Angola Oil & Gas Conference, we presented cutting-edge technology for subsea inspection for oil and gas that our group offers for the environment and the importance of metrology. ISQapave Angola calibrates and uses metrology to confirm measures – to show that a kilo is a kilo, a metre is a metre. We are the reference in this area, not only in Angola but throughout the region. What we have in our labs is comparable to none. It’s unique. In this regard, we have a solid position and know-how to present and transfer to the community.

What is ISQapave Angola’s approach to local content and know-how transfer?
We try to boost the local knowledge. It’s part of the success of the business. We want to move into a country in a sustainable way. We have to believe in the country and train and certify people. More than 80% of our employees are Angolan. The technicians are trained and certified, with EN and ASNT certification. This model boasts 15 years of success. There’s serious training here. It’s not just getting the certification.

What is the company’s value proposition?
We would say that we are a local reference in the areas where we perform. We have competitors, which is good because we want good competition. But normally there aren’t many delivering contracts or frame agreements with on-call services both onshore and offshore with the same responsiveness that ISQapave has. In terms of the NDT area and inspection areas of the oil and gas sector, it’s rather difficult to find people who can compete as strongly as we do in on-call needs.
We are working with most operators, and our role is important in helping them maintain production. This year, we calibrated the majority of BP’s equipment, both onshore and offshore. It’s important to calibrate your equipment properly in order to mitigate risks. The main players are more sensitive around responsibility and sustainability and need more quality services. But beyond that, it’s also about the return they can get.
Our diversification is important. Our services include labs, NDT, lifts, tubular, QA/QC and mechanical inspections and training. We invested in a new lab and launched it in March 2020 in south Luanda, just when the pandemic was declared by the WHO, representing our resilience and strong belief in this market.

Did the pandemic affect your long-term business strategy?
We took some measures to keep working without jeopardising quality or losing customers. When we saw the number of expats decrease, we wondered what the impact would be, but people were still able to deliver.
The team working at customer sites did an amazing job – they showed us and the market their capacity to adapt. We have more prospects than we had before Covid. We even feel that we are growing. If you compare this past month with January 2020, ISQapave is certainly showing growth.
There was some disruption to training services, but ISQ launched online training almost immediately in Portugal, even though the customers were moving and cutting spending, including on training, the online training worked well on the customer perception. In Angola, we prepared a full package for training and certification. We had to develop other ways to prepare training online and do assessments.

What are ISQapave’s long-term objectives in Angola?
We want to boost and diversify our offer. Advanced NDT is a baby step, but it’s important to take it. Launching the rope access, and a possible repair, inspection and maintenance service, in the NDT areas, is something that should be done. There are also opportunities in the mining industry and other resources that will be exploited soon.
The subject of the energy transformation and the environment is also important for us. It’s a business opportunity but it’s also the responsibility of companies like ours. If you look at the energy transition, in some countries our company has great experience in renewables. For example, in Spain, we have experience in wind. We think this knowledge can support this transition. We think that we have an opportunity to be one of the catalysers, with our ample role in the value chain.
Another objective is to reinforce our support on the economic challenges with our labs and metrology knowledge.
Since the 1980s, ISQ has been in Angola, even during the civil war. It has been involved in refinery, roads and bridges works. Some of the most emblematic works in Angola were supported by inspections and projects done by ISQ, both the mother company and the company based in Angola. This joint venture, ISQapave has more than 15 years of existence.
So, the needed economic diversification of Angola should be done and the multiple players in the market can count on ISQapave to embrace it and guarantee its quality.

What are the current challenges and opportunities in the company’s plan to introduce advanced NDT in the Angolan market?
We recently hired our managing director, Dr. Jorge Correia, to provide local support for the team, the customers, the activity and the business development challenges. I will quote him to answer: “ISQapave is one of the leading companies providing NDT services in Angola. We intend to strengthen our footprint in this activity as we have the technology within the Group and we keep training our national staff in new techniques. The main challenge is the import and export of supplies for this activity, which is very sensitive, bureaucratic and time consuming.”
I’m sure ISQapave will continue succeeding in the future and its team and resources will be supporting the new market challenges.