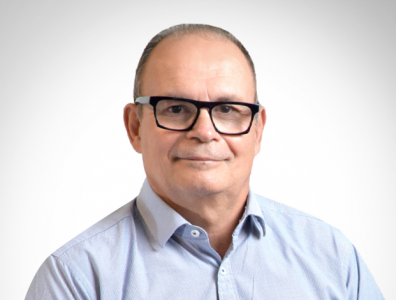 Maximising gas resources is good for the country and will help the government offset the natural decline of oil production.

A strategy to optimise stranded reserves

Adriano Bastos, senior vice-president for bp Angola, talks to The Energy Year about the resilience of Angola’s hydrocarbons community during the pandemic and the country’s potential to become a regional hub for green energy. bp Angola operates blocks 18 and 31, has shares in three other blocks in Angola and is also partner in the Angola LNG plant in Soyo and the New Gas Consortium (NGC) project.

How has the pandemic affected the way the Angolan hydrocarbons community works together?
Angola is currently suffering, and not just in the energy industry. Global isolation and restriction of movement between countries have jeopardised our ability to support Angolan operations. During the days Angola was closed, we had to charter flights and share resources to make operations feasible.
The pandemic has forced structural changes in the way that we operate as a business and as a society. It changed our energy demand and the way we transact and procure standard services in our day-to-day operations. To continue to be competitive in this market, we need to be more efficient; we need to adapt to the pace of change continuously. As a result, the industry has become more collaborative.
The way Angolan oil and gas operators handled the situation is remarkable. This is a unique industry where we can be partners and competitors in the same region. For example, we partner with Total on Block 17, and at the same time we compete with them on blocks 15, 31 and 18. We collaborated on a united front to operate more efficiently. Solid partnerships between the authorities, government, IOCs, the service industry and all providers helped to maintain the level of operations we currently have.

What are the benefits of the government mandating the National Oil, Gas and Biofuels Agency (ANPG) as regulator?
Angola has modernised its industry by replicating international models. Components of government representation have matured over time. The minister of mineral resources and petroleum has become an active and powerful representative in the industry.
Pre-2019, Sonangol was acting as a regulator, concessionaire, operator and competitor all at the same time. The ANPG is now the regulator, which allows Sonangol to concentrate on being an operator and partner. They are now an NOC, which gives them the freedom to make their own decisions for the long-term benefit of the company and Angola.
The ANPG is looking at structuring the industry to benefit Angola for the long term, which has given rise to greater investor confidence in the industry. Having the three major vital stakeholders working independently allows the industry in Angola to be better organised. We now observe a more fluid relationship between us as an international oil company and the three key stakeholders of the country’s hydrocarbons industry.

What is bp’s strategy for offsetting Angola’s oil production decline?
The natural decline of oil production is our primary focus in the country. We want to take advantage of current production hubs and optimise stranded reserves. By reprocessing our data, we can find opportunities to drill into existing fields. This is what we are doing right now on Block 31, and work on Block 18 is planned for 2022.
This was the reason for developing the Palas, Astraea and Juno (PAJ) project, which will create a new production hub for bp and opportunities for future tie-backs. We are looking for pockets of opportunities to tie back to existing production hubs. The idea is to look for stranded reserves that can be quickly monetised and help bring higher volumes into existing production hubs to extend the lives of these assets.
If you consider previously unrecoverable reserves and yet-to-be-found reserves in areas of lower risk coupled with the improvement of recovery from new technologies, between now and 2050 we will have 7.5 trillion barrels of oil available worldwide. The estimates are pointing at a total demand curve of around 2.5 trillion, which means that only one in every three barrels will ever be produced.

How will the NGC affect Angola’s energy mix?
The joint venture between bp, Chevron, Eni, Total and Sonangol will add to Angola’s gas reserves and help us decarbonise the global energy matrix. Maximising gas resources is good for the country and will help the government offset the natural decline of oil production. Gas is still considered a transition fuel and not an end solution to solving the carbon emission crisis. A project like this could be a vital element for the Southern African Economic Commission development plan.

What opportunities are there in Angola’s renewables sector?
Angola’s off-grid energy demand is probably around 35% supplied by diesel. The major sites that are not connected to Angola’s energy grid are perfect opportunities to quickly develop solar projects to replace diesel and reduce emissions. Additionally, Angola’s four considerable hydro plants will in time connect to those sites and the grid. Angola can also follow the Brazilian model and mix biofuels with gasoline to reduce consumption, improve air quality and decarbonise the transportation sector.
Angola is in a good location to export ethanol and biodiesel. A stranded supply of our hydropower could be used to produce green hydrogen. Angola is unique in Africa because it is probably the only country with an excess of energy potential. All these factors combined make the country a perfect hub to supply the region as a net exporter of clean, green energy.

What ambitions does bp have for its operations in the country?
Our main goal is to become the most efficient operator in Angola in the next five years. We will continue to develop our projects, with PAJ being our local flagship for years to come. We also hope to have success in our exploration of Block 18/15. bp might also consider looking into greener sources of energy.