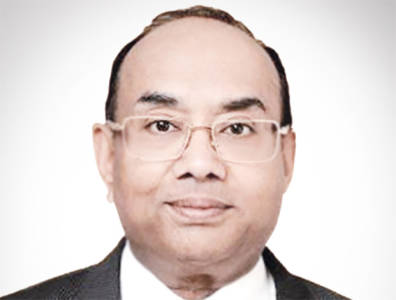 There are several pillars supporting the relationship, one of which is the presence of a strong Indian community in Kuwait. This contributes in all sectors of the economy, including oil and gas.

TOGY talks to Sunil Jain, Indian ambassador to Kuwait, about how relations between the two countries support hydrocarbons co-operation and investment and Kuwait’s importance as a trading partner for India.

• On India’s interest in Kuwait: “India has huge investments of approximately USD 25 billion in upstream projects in various countries. If there are any opportunities in Kuwait in the upstream sector, ONGC Videsh and Indian companies will be happy to consider participation. We also want our companies to explore options in third countries.”

• On demand in India: “At the moment, Indian energy consumption per capita remains low. However, as our people make more money, there will be an increased demand for more petroleum products.”

Besides touching on these topics, TOGY spoke to Sunil Jain in detail about future relations with Kuwait and opportunities in the country’s oil and gas industry. Most TOGY interviews are published exclusively on our business intelligence platform TOGYiN, but you can find the full interview with Sunil Jain below.

What opportunities can we expect from a closer relationship between India and Kuwait?
Our ties have been historical, close and friendly. The relationship is strong and growing stronger. There are several pillars supporting the relationship, one of which is the presence of a strong Indian community in Kuwait. This contributes in all sectors of the economy, including oil and gas. Indeed, we have several Indian companies that are participating in oil and gas projects, such as Larsen & Toubro, Punj Lloyd, Essar Projects, Dodsal, etc.
One of the enduring factors in our energy relationship has been the long-term partnership, i.e., the purchase of crude and LPG from Kuwait. We are also co-operating on investment opportunities from Kuwait in India. Both sides have been working on an ONGC Petro Additions Limited (OPaL) project in Gujarat. We hope that Petrochemical Industries Company (PIC) will be able to finalise their investment in India. This could be a major investment in the hydrocarbons sector from Kuwait into India.
We have had meetings at various levels with both Kuwait Petroleum Corporation (KPC) CEO Nizar Al Adsani during the Petrotech 2016 Conference and PIC CEO Mohammad Al Farhoud. In January 2017, two sides were in India for annual talks to decide how much oil and LPG should be bought by India from Kuwait.
India and Kuwait are partners in energy security. We will continue to provide Kuwait with skilled manpower for its energy projects at various levels. Beyond sourcing crude and LPG from Kuwait, we are also interested in urea and the long-term partnership in the petrochemicals sector.

Will the new refineries in Kuwait boost trade between the two countries?
While catering to the needs of 1.25 billion people, two of our refineries are also export orientated. A total of 80% of our crude is imported. With exception of LPG, we are self-sufficient in products. At the moment, Indian energy consumption per capita remains low. However, as our people make more money, there will be an increased demand for more petroleum products.

Where are the areas of biggest potential for Indian companies in Kuwait?
India has huge investments of approximately USD 25 billion in upstream projects in various countries. If there are any opportunities in Kuwait in the upstream sector, ONGC Videsh and Indian companies will be happy to consider participation. We also want our companies to explore options in third countries.
Many of our companies have already invested in various small and medium-sized enterprises in Kuwait. India has long-lasting trade ties with Kuwait and there is a great comfort factor between the two peoples.
In past, many Kuwaiti nationals had stayed in India and some of them even raised families there. They knew India very well. This explains the good relations between our two countries and the presence of the large Indian expatriate community in Kuwait.

Among GCC countries, what is Kuwait’s importance as a trading partner for India?
There are now 8.5 million Indians in the Gulf: 3 million in Saudi Arabia, 2.5 million in the UAE and approximately 1 million in Kuwait, among other countries. All of our partners in the Gulf countries are very important to us.
Countries such as Saudi Arabia are valuable as they are the largest crude producers. We work closely with all countries. Right now, our relationship with each of these countries is very strong.

Which other markets is India considering for crude oil and LPG imports?
We are also looking at other players in the crude market such as Iran and Iraq, who have increased their production. Our preference is to import about 75% of the crude from the Arabian Gulf and Iran because of the region’s geographical proximity to India.
Saudi Arabia remains the biggest crude producer. We maintain strong ties with the KSA. Their prices are competitive and their crude is suitable for our requirements. India has a dieselised economy and, therefore, needs appropriate crude. Since not all crudes are suitable for maximum diesel production, we need to look around for our best options at highly competitive rates.

From 2015 to 2016, while India increased its exports to Kuwait, imports from Kuwait dropped from USD 13 billion to USD 5 billion. What are the main reasons for this?
Firstly, because oil prices have dropped. As for the quantity, that is negotiated on a yearly basis. The present OPEC restrictions also play into this. However, for the most part, the quantity is decided mutually and the prices are traded internationally.

Who are the three biggest contributors in India to the Kuwaiti oil and gas industry?
The first is Indian Oil Corporation, which is responsible for buying the crude ad LPG from Kuwait. The others include EPC contractors such as Larsen & Toubro. They have a total of USD 5 billion-6 billion in contracts in Kuwait, building gathering centres, laying pipelines and building a new and modern refinery. The future remains most promising.

For more information on the Kuwaiti market, see our business intelligence platform, TOGYiN.
TOGYiN features profiles on companies and institutions active in Kuwait’s oil and gas industry, and provides access to all our coverage and content, including our interviews with key players and industry leaders.
TOGY’s teams enjoy unparalleled boardroom access in 32 markets worldwide. TOGYiN members benefit from full access to that network, where they can directly connect with thousands of their peers.