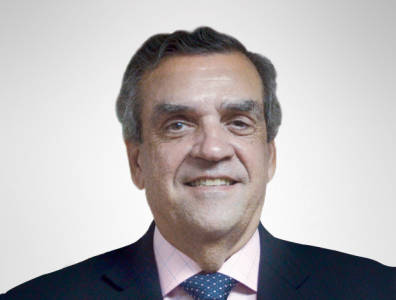 A preliminary study will analyse the economic, financial and legal nature of the railroad. We could be talking about a 10-year project.

Brazil and Peru are making significant strides in their bilateral relations by working together on new projects. A series of massive infrastructure developments are expected to increase the flow of goods and people through the Amazon rainforest, unlocking trade potential.

Long separated by dense rainforest and high mountains, Brazil and Peru will be more closely connected after the completion of current and future highway, port and rail projects. These projects will enhance trade links and improve economic and cultural ties between the two countries.

INTEROCEANIC: Conceived in 2004 through an accord between then-presidents Alejandro Toledo of Peru and Lula Inácio da Silva of Brazil, the Interoceanic Highway stretches about 2,600 kilometres from the Peruvian ports of San Juan de Marconi, Matarani and Ilo over the Andes, through the rainforest to Rio Branco in the Brazilian state of Acre. From there, it goes on to São Paulo and the Atlantic ports of southern Brazil.

The route has already exceeded estimates for the amount of traffic expected to pass through it in the first five years of operations. Work is ongoing and traffic will continue to increase as the road’s capacity is upgraded and the highway is extended.

PROSPECTIVE RAILROAD: A coast-to-coast railroad linking Peru and Brazil is also expected to be built. While the exact route and many construction details have yet to be worked out, Brazil, Peru and China have already signed a trilateral memorandum of understanding for the development of this project.

The involved parties are conducting studies to identify a working route for the interoceanic railroad. “A preliminary study will analyse the economic, financial and legal nature of the railroad. We could be talking about a 10-year project,” Carlos Lazary Teixeira, the Brazilian ambassador to Peru, told TOGY.

Funding to make the project a reality will likely come from Chinese state entities, and Chinese construction companies with experience in carrying out high-altitude rail projects could help to construct the railroad through the formidable Andes.

RIVER PORTS: While the highway and railroad will transform the country’s south, an equally important infrastructure project is being carried out in three towns in Peru’s rainforest.

At Yurimaguas on the Huallaga River, Pucallpa on the Ucayali River, and Saramiriza on the Marañón River, new ports will be built through tenders. Sections of the three tributaries of the Amazon River will also be dredged to facilitate more ship traffic.

The concession for the Yurimaguas project has already been granted to a consortium led by Ecuadorian construction firm Hidalgo e Hidalgo, meaning that this will likely be the first portion of the project to be completed. In Pucallpa, Grupo Romero, one of the largest holding companies in Peru, has already constructed a small port, but a much larger port facility will be built, and Saramiriza will require a greenfield port project.

In addition to the construction of the ports, the dredging work is expected to cost $400 million and will likely be granted on concession for 25-30 years. According to Teixeira, some Brazilian companies have expressed interest in bidding for the project.

BRAZIL IN PERU: Brazilian companies have started taking on a significant role in Peru. Most notable is Odebrecht, which won a concession to build the Southern Peru Gas Pipeline, a multibillion-dollar project that will revolutionise the country’s energy matrix.

The firm was also one of the main contractors in the construction of the cross-country Interoceanic Highway. Its subsidiary, Braskem, plans to build a major petrochemicals plant on Peru’s southern coast.

Brazil’s national oil company, Petrobras, has recently decided to withdraw from Peru, selling their assets in the country to the China National Petroleum Corporation. This move will allow the company to refocus its attention on the development of domestic oilfields such as Libra near Rio de Janeiro.

“We foresee that when Petrobras has finished this phase of development in Brazil, they will look at Peru as a strategic place to invest,” Teixeira told TOGY.

Peru’s exports to Brazil have more than tripled since 2008, rising from $500 million to $1.71 billion in 2014. Construction of a highway, railroad and ports will ensure that inter-country trade will continue to increase.

For more news and features on Peru, click here.