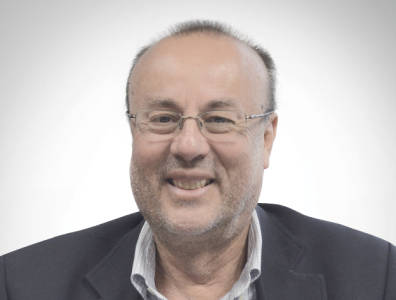 "The Southern Peru Gas Pipeline (GSP) is a project that could be the catalyst that breaks the political gridlock."

Peru’s construction boom of the mid- to late-2000s saw the development of numerous large-scale engineering and construction projects in its energy industry.
These include the Peru LNG plant at Pampa Melchorita, the Camisea gasfields and associated infrastructure in central Peru and a number of gas power plants operated by local power generators EnerSur and Kallpa Generación.
Such projects allowed for a marked growth in the industry until 2011, when the government passed a law on prior consultation. The law made it obligatory for companies to consult local communities prior to the initiation of any future project. Further permitting issues, as well as conflicts between international operators and environmental lobbying groups, have also impacted the progression of the engineering and construction sector.

POLITICAL DEADLOCK: Even though Peru was the site of the second oilfield development in the Americas, after the US, political interference has hindered the industry since the 1940s.
While there is clear demand from consumers and the government to increase production, refining capacity and exports, there is little to no political will to push through complex bureaucratic structures.
The Camisea project is an ideal example of how a well-managed project could be carried out in a socially and environmentally responsible way. The government-established Camisea Socio-Economic Development Fund, formed under Law No. 28451, directs 25 percent of the state’s share of revenue from blocks 56 and 88 towards the communities and environment of the region.
Activities that go unregulated, such as illegal mining at Madre Villosa in the southeast of Peru, cause substantial damage to the environment, through deforestation and the use of liquid mercury in the extraction process.

POSSIBILITIES IN THE PIPELINE: The uncompleted 1,134-kilometre, 32-inch-diameter Southern Peru Gas Pipeline (GSP) is a project that could be the catalyst that breaks the political gridlock, as politicians and bureaucrats have finally united to push the project through the red tape.
The project has already seen a successful tender. In October 2014, the concession for the pipeline was awarded to a consortium, Gasoducto Sur Peruano, in which Brazilian construction company Odebrecht holds a 75-percent stake. The remaining 25 percent is assumed by Spanish energy company Enagás. Furthermore, state enterprises such as Electroperú have offered support by pledging to buy gas.
The pipeline would greatly expand infrastructure for power generation in the south of Peru, complementing the potential development of other construction projects.
Such ventures include the petrochemicals plant proposed by Brazilian company Braskem and the Orica ammonium nitrate plant. Brazil hopes to take natural gas from Spanish operator Repsol’s new developments in block 57 and from the Camisea gasfields and send it east through the Amazon rainforest to feed its own domestic demand.

NEW PROJECTS AHEAD: In the same month that the GSP was awarded, the commercial director of state-owned Petroperú, Gustavo Navarro, suggested that either a second train could be added to the Peru LNG plant, doubling the facility’s existing 4.4-million-tonnes-per-year capacity, or that an LNG plant might be constructed, possibly in the south near the end of the proposed GSP.
Peruvian generation and transmission firm EnerSur has similar plans to expand its existing Ilo and Samay I power plants. Electroperú also plans to build a 200-MW natural gas power plant at Quillabamba. Domestic construction companies hope to play a role in these potential large-scale projects and the groundwork is being laid to enable them.

BEYOND BORDERS: Peru is in a good position to further build its energy infrastructure, enabling it to not only produce but also export hydrocarbons.
On the domestic side, local power generators are demanding more natural gas to supply new power plants and feed the country’s rising demand for electricity.
Peru could potentially profit on the international front from selling gas to neighbouring countries, such as Chile, who is able to pay between $14 and $16 dollars per million British thermal units. At the same time, Brazil is hoping to buy natural gas from the Camisea gasfields and transport it via the newly constructed Interoceanic Highway, which connects the countries by way of the Amazon rainforest.