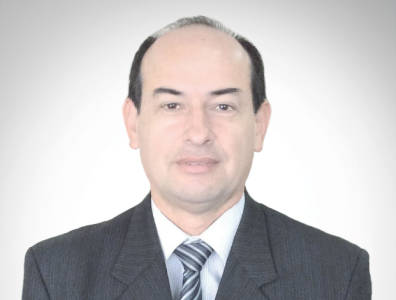 It is necessary to create demand for the new gas that will be available in the near future. Otherwise, companies may choose not to develop reserves, which would leave the GSP empty for several years to come.

Luis Fernández, managing partner for the Peruvian branch of Brazilian oil and gas consulting firm Gas Energy Latin America, discusses his vision for the future of Peru’s natural gas industry. Established in 2005, the company has expanded throughout the region, providing consulting services throughout the hydrocarbons industry value chain.

The availability of cheap natural gas resulting from the Camisea project has provided many opportunities for Peru since 2004. Thousands of cars have been converted to run on CNG instead of petrol and several industries have converted boilers and furnaces to be able to use natural gas. Even gas-based power generation has quickly matched hydropower as an energy source in Peru.
The Southern Peru Gas Pipeline (GSP) is the most important infrastructure project in the country today. Once it is completed, there will be a new wave of investments in industrial and electric projects. These will change Peru in much the same way that it was transformed 10 years ago when first production from Camisea resulted in the start of the natural gas industry in the country.

RESERVE POTENTIAL: Gas reserves have been static in the past few years. However, the GSP will change this situation, especially now that the consortium, Gasoducto Sur Peruano, expects that the pipeline will be completed in early 2018.
Some people wonder if there will be enough gas to supply energy projects scheduled to commence once the pipeline is operational. Others say exploration has stopped due to the limited capacity of the Transportadora de Gas del Perú pipeline. The construction of the GSP will provide impetus to further explore the Camisea area, as it will make new gas available.
It has also been said that low gas prices in Peru could inhibit exploration. This is actually not true. Only the gas in block 88 has a fixed price and is earmarked for sale on the local market. Gas prices for other blocks are free and governed according to market demand and the cost of production, which has encouraged exploration and the discovery of new reserves.

BUREAUCRATIC RED TAPE: One of the most significant obstacles to increasing oil reserves is bureaucracy. Perupetro has taken too much time putting new blocks up for auction because of the country’s prior consultation law. Even after prior consultation is completed, firms with exploration contracts need at least seven years to drill their first well because of the lengthy and difficult environmental permitting process. These delays represent additional hurdles and render the local market unattractive for many operators.
At the end of 2014, and after 10 years of Petrobras operations in blocks 10 and 58, the China National Petroleum Corporation has entered the local market. The Chinese company has pledged millions of dollars in investments in blocks located in the northwest and in block 58, which is thought to have large gas reserves.

DOWNSTREAM WAVES: The impact of new gas on Peru’s economy will depend on the country’s economic growth and the rate at which demand for electricity increases. In order for the new gas supply to trigger a wave of power plant construction in the south, demand must first rise significantly. The manufacturing sector, one of the fastest growing sectors in the country, could absorb some of the projected supply. Petrochemicals projects could also help create new demand for gas and power.
Braskem, a subsidiary of Brazil’s Odebrecht, has long hoped to build a polyethylene plant on Peru’s coast and Australian firm Orica plans to construct an ammonium nitrate plant. These projects will rely on the new supply of gas, which will need to be relatively cheap for petrochemicals plants to operate at competitive prices.

MIX IT UP: In the National Energy Plan for 2014-2025, the Ministry of Energy and Mines calls for a decrease in the country’s reliance on natural gas and an emphasis on hydroelectric power and renewables.
In the short term, two power generation plants are being built as part of the Southern Energy Node, which will facilitate competition and growth in the south of Peru. This plan probably means fewer gas-powered plants in the future. As the emphasis shifts to hydroelectric power, demand for gas will stabilise and may even plateau, unless other sources of demand are created.
Peru has been exporting LNG internationally since 2010 from the Peru LNG facility in Pampa Melchorita. Developing a second facility in the south or entering an energy export agreement with Chile could bolster greater demand in the international market.
I believe it is necessary to create demand for the new gas that will be available in the near future. Otherwise, companies may choose not to develop reserves, which would leave the GSP empty for several years to come.