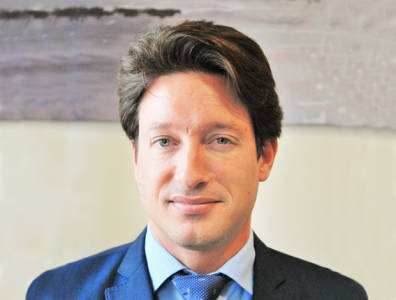 This is the first time in Africa that an existing power facility is being converted to gas feedstock.

In order to increase the efficiency of the 24-MW Bata thermal power station, the Ministry of Mines, Industry and Energy has devised a gasification project that will substitute imported fuel oil for locally produced LNG as the station’s main feedstock, for which it selected Spanish engineering company Setolazar for carrying on the project on its behalf. José Cruz, the country manager of Setolazar, discusses with TOGY the impact that its success will have on Equatorial Guinea’s domestic energy network.

Equatorial Guinea has been blessed with high-quality natural gas reserves that can revolutionise the industrial sector and have a positive impact on the socioeconomic status of Equatoguineans. And as the country’s energy consumption rates continue rising alongside economic diversification and increased living standards, the sustainable use of energy resources has become an important issue for the administration. The use of gas for electricity generation has become one of the keys for achieving energy sustainability in the country.

STRATEGIC RESOURCE: The central role of gas in Equatorial Guinea’s energy and industrial matrix will be decided by the success of the 24-MW Bata thermal station, for which Setolazar is the main engineering, procurement and construction contractor. The project calls for the construction of loading facilities for LNG containers at the Punta Europa gas processing facility and regasification installations in Bata in order to gasify LNG for use as feedstock at the Bata thermal power station.

Similar projects have been carried out in Europe and South America, but this is a breakthrough project because it is the first time in Africa that an existing power facility is being converted to gas feedstock.

The advantages of expanding the use of gas in the country’s energy matrix are clear. By tapping into Equatorial Guinea’s local gas reserves and processing infrastructure in the form of the Punta Europa LNG plant, the value chain stays within the country. Currently, Equatorial Guinea imports the fuel oil for the station from Europe, which in some cases is refined from oil from the country’s own reserves.

The Bata project will reduce Equatorial Guinea’s dependence on foreign energy suppliers, which at the same time reduces fuel costs. On a similar gasification project conducted by Setolazar for Total in Spain, the facility reduced fuel consumption costs by as much as 30 percent. Gas will also have less of an impact on the plant’s Wärtsilä engines, which will lower maintenance costs. On an environmental level, gas generates less greenhouse gas than the current fuel oil used at the Bata plant.

MORE TO COME: The Bata project is the tip of the iceberg for a sizeable expansion of the role of natural gas in the country’s energy matrix. This is a medium-sized project that if successful could encourage the gasification of larger power stations. However, the true potential of regasification facilities lies in so-called virtual gas pipelines, which is the concept of delivering gas to customers that not connected to the national grid.

If successful, virtual gas pipeline services have the potential to be rolled out across the region. As the LNG transported to Bata could easily be directed towards ports across the Gulf of Guinea, isolated regasification facilities could be set up in many areas.

LNG in ISO containers could be transported by truck or railway to isolated communities or industrial complexes equipped with small or medium-sized regasification facilities. This would allow them to better control their energy consumption through on-demand purchases of LNG shipments by land and reduce the cost of their energy consumption.

MORE BENEFITS: Another advantage of gas-fuelled facilities is trigeneration, or the production of electricity, heat and cooling with only gas as an input. During electricity generation, steam can be harnessed from generator exhausts. At the same time, high-temperature water from the generators can be fed into absorbing machines that use lithium bromide in order to obtain fresh cool water for district cooling and for refrigeration.

The gasification of Bata thermal station and the virtual gas pipelines can also encourage the use of CNG for vehicles. The Ministry of Mines, Industry and Energy is financing a project for the establishment of bus stations that will fuel CNG-equipped buses. The trucks that could transport the ISO containers with LNG in Malabo and Bata will also use this technology.

LOOK AHEAD: Africa’s future lies in the rational, efficient and economic production and consumption of energy. A considerable reduction of energy costs for Equatoguineans, which will help drive the country’s socioeconomic development, is a primary objective of the ministry’s projects. The utilisation of gas for energy production will help the ministry achieve this.

For more news and features from Equatorial Guinea, click here