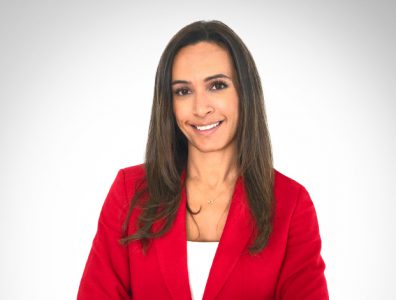 Our work on MCA’s 370-MW solar energy parks is a major opportunity as we see a margin to grow in this segment.

Which trends have impacted the domestic oil and gas sector in the last few years?
In 2014 when the oil price collapsed, we experienced a large divestment from the IOCs which had a major, negative impact on the service providers. This divestment affected the Angolan industry as a whole, but naturally hit those sectors linked to oil and gas activities harder.
In 2019, the oil price reached some stability and there were signals on the market that oil companies were aiming to invest again, but then Covid brought uncertainty back. Since mid-2021, growth trends in the oil and gas market have been clear and brought a positive environment back to the sector.
Regarding exploration, Angola took major steps with the latest onshore bid rounds and awards of some offshore ultra-deepwater blocks in the south. The number of rigs in an oil economy is a direct indicator of how healthy the petro-economy is. Therefore, when this number increases, it is reasonable to predict an increase in production in the near future. Angola remains one of the most successful deepwater markets in the world.

How have these market trends shaped the competitiveness of the EPC sector?
These market trends over recent years have created a general consciousness around urgent cost reduction. Companies working in the oil and gas EPC sector realised they had to become more efficient in the way they operate. As per this, a significant review of the way business was approached was performed, resulting (for some companies) in organisations which are leaner and better prepared to drive cost-effective solutions for their clients. A new culture of higher performance was created.
Many companies left during the crisis. I like to think that the resilient ones stayed. Therefore, today we were able to create a sort of a niche of contractors that became more agile and flexible, and therefore managed to ride the storm during those difficult years. Mecwide is definitely one of those companies.

What is Mecwide’s involvement in the development of new gas-related infrastructure?
We are currently executing Phase II of the Falcão project in Soyo for Sonagás. It is a USD 33-million project which consists in the construction of a GRU [gas recovery unit], a plant for receiving, processing, treating and distributing gas coming from Angola LNG to the Soyo combined-cycle power plant and future industries nearby, such as the fertiliser plant. We have executed half the project already and we plan to conclude it in 2023.
We were first involved as a subcontractor for the piping works in Phase I of the Falcão project, which entailed the construction of a 9-kilometre pipeline that connects Angola LNG with the GRU area. It was a challenging job, as these 20-inch pipes went through valleys and under a massive swamp. For this reason, we are very pleased with the trust of our client in awarding us Phase II of the project.

What are the main features of the company’s upcoming fabrication yard?
We used to have a yard in Boavista/Luanda, but said investment was made just before 2014’s sharp drop in the oil price. Therefore, due to lack of work, we had to close it in 2018. Now we feel that it is time to invest again, and soon our fabrication yard in Viana will be operational.
This facility will allow us to fabricate all types of structures needed by our clients up to a certain size and will allow us to prefabricate work for our local projects.
This is a key investment for Mecwide and part of the company’s overall strategy in Angola. It’s an 100% in-house investment. As an Angolan company, we are very excited by this new development, as it further establishes our long-term presence in the country. We believe in the solid ground we have managed to build, and now we have taken the next step, which is reinvesting in our own facility and delivering to our clients the solutions they need. We have a positive outlook and a good legal framework to work with, so the future can only be bright.

What is your strategy to further position Mecwide in the solar energy segment?
We are currently executing a project in Benguela related to MCA’s 370-MW solar energy parks. It’s a massive project with more than 1 million solar panels to be installed and represents a EUR 523-million investment in green energy. We take care of the full mechanical scope of assembling the solar panels and their electrical connections.
It’s a major opportunity, as we see a margin to grow in this segment, considering that there are other solar projects upcoming (for Eni’s Caraculo photovoltaic project and for TotalEnergies, which will also develop a solar park in Lubango). We are managing and executing this project with our in-country staff, who have developed expertise in this specific technology since last year. Therefore, we hope to have a competitive advantage for the upcoming projects.

How advanced is Angola with respect to energy transition trends?
Angola is definitely following those trends by preparing the legal framework to accommodate the energetic transition – the new regulations on the production, transport and distribution of energy, the new tariffs for electricity and the long awaited legal and tax framework for upstream natural gas. These are all huge steps that push the energy transition forward.
We have in the country multiple types of renewables projects, from solar to new hydropower plants. There are also upcoming projects to convert the diesel power plants into gas power plants. I truly believe that Angola is one step ahead of the majority of African countries.

How involved is Mecwide in energy transition projects worldwide?
Energy transition projects are key in Mecwide’s overall strategy. Besides the solar project in Angola, Mecwide is currently involved in ArcelorMittal’s USD 1.2-billion project in Belgium. The client produces sustainable steel products and wants to reach a net-zero emissions target. Mecwide’s part in the project is the construction of a USD 184-million bioreactor plant which will capture the CO2-rich gases that are produced in the steel-making process and convert them into bioethanol. Furthermore, in Portugal we have participated in a project with CLC (a company specialising in fuel logistics) which aimed to reduce their emissions by adding bioethanol to gasoline.

How do you assess the impact of the new local content legal framework?
Angola is a country full of resources, both in nature and in talent – this new law will generate opportunities for both the industry and the country, as it effectively integrates the workforce and the local businesses in the oil and gas industry. On the other hand, it’s a way of reducing imports and stimulating local services. In my view, it will support new companies to come into the market because of the potentially reduced costs and will boost the country’s growth, namely the development of the national industry.

How does your Angolan portfolio compare to the company’s global portfolio?
Mecwide’s multidisciplinarity allows it to respond to the diverse needs of its worldwide customers. In Angola, our stronger business units are oil and gas, industry and energy and technical assistance. We have around 200 employees and in-house experts that carry out our several technical assistance contracts with service providers such as SPIE, Ponticelli and Actemium, most of our staff being offshore. Our aim is to grow and mature into more complex energy EPC projects for the upstream and downstream sectors.
Outside Angola Mecwide has its head offices in Portugal (with one fabrication yard in Matosinhos and two fabrication yards in Sines, near the port), and offices in Spain, Singapore, the Netherlands and Mozambique (with one fabrication yard in Matola). At the group level, Mecwide has a very diversified portfolio, as it is divided into business units covering oil and gas, mines and cement, industry and energy, modular systems and technical assistance.