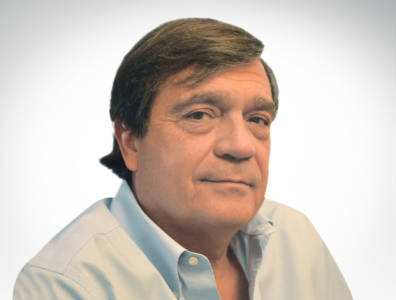 We believe that if we cannot generate a network of medium-sized and big operators, it will be very difficult to have several developments in Vaca Muerta.

An E&P structure for better results

Alberto Saggese, president of Gas y Petróleo del Neuquén (GyP), talks to TOGY about the outlook for the upcoming Round 5 tender, the new contractual model that the province is implementing and what can be done to support local SMEs. GyP was founded in 2008 as Neuquén’s provincial oil company.

On Round 5 contracts: “Contractual models are a result of GyP’s experience in pilot projects. We have seen the evolution of pilots and timeframes, which are shorter for unconventional resources. We have tried to adapt what we see in our current contracts to new contracts. We demand horizontal wells. The resources are already there.”

On bringing in SMEs: “The main challenge is for companies such as YPF to open oil and gas blocks. We believe that if we cannot generate a network of medium-sized and big operators, it will be very difficult to have several developments in Vaca Muerta.”

Saggese also discussed the success that GyP has achieved at its various Vaca Muerta pilot projects so far. Most TOGY interviews are published exclusively on our business intelligence platform TOGYiN, but you can find the full interview with Alberto Saggese below.

What developments has GyP seen in 2017?
In terms of production, we managed to consolidate the fields that we are exploiting. We are constantly doing workover and pulling operations. We maintained gas production in some fields, and increased it in others. This is how we sustain the company.
We also started production at certain pilots with Shell, such as Sierras Blancas and Cruz de Lorena. We already have growing production in those areas, at 20% of the capacity of the EPF [early production facility] inaugurated by Shell in April 2017.
Also, the ExxonMobil EPF in Bajo del Choique has been completed and the block will start producing oil in September 2017. We are waiting to start production in Rincón de la Ceniza, operated by Total. These four pilots, together with Wintershall’s development in Aguada Federal, means that GyP’s production profile will change by the second half of 2017 or the beginning of 2018.
Regarding future pilots, we have one project in Los Toldos with Tecpetrol and ExxonMobil. There are good expectations in Los Toldos with both companies. Also, we have Coirón Amargo with Shell.
We also have the Round 5 tender in September 2017 and believe that there will be offers for several areas.

What areas are being offered in Round 5?
This fifth tender is for six areas, which are all gas areas, except one. These are long-term projects that will become viable once Fortín de Piedra and Los Toldos begin producing, given that the companies involved are constructing pipelines. That part of the province will have that infrastructure aspect resolved in four years. If there are discoveries, they will be commercial.
From October 2017 onwards, there will be open tenders every three months for the remaining 50 areas in Neuquén. As long as there are interested parties, the areas will be granted.

How will new contracts be structured?
Contractual models are a result of GyP’s experience in pilot projects. We have seen the evolution of pilots and timeframes, which are shorter for unconventional resources. We have tried to adapt what we see in our current contracts to new contracts. We demand horizontal wells. The resources are already there.
It has to be flexible for companies when entering and leaving concessions. We want to avoid companies taking ownership of acreage and doing nothing with it. During the exploration period, companies have to drill at least one well. If they do not, there is a fine at the end of the contract and there is no possibility of an extension. If the resources are declared commercial, we work under the US system, which entails continuous drilling operations.
There is a concrete, strict exploration plan with deadlines and expectations. If operations stop, the contractor keeps everything that was done up until that point, and a new operator continues to exploit what is left.
This system does not exist in other parts of Argentina, but it is a result of what we have experienced. This contract model was designed by the number one law firm in the US. It is based on an American lease model and it is also attractive for companies here. It is a very innovative work methodology. Nobody is shocked by it.

What feedback has GyP received on this new model?
Foreign companies have never questioned the model. We have tried to correct certain inconveniences in our contracts, in terms of concession ownership and prolonged ineffective time periods.
There are companies holding huge areas that are not being exploited. These are long-term contracts that cannot be broken. We need different political measures to resolve this. Unfortunately, GyP was left with very little acreage due to this problem, but we are trying a new way of working. We do not know if it will work. We hope it will.
We have not had any problems from trade unions. The system is good for trade unions as well. You will probably have interruptions in these long-term projects. It happens. Operations are interrupted, but we want to be flexible and adapt to the industry’s needs to maintain activity. It is a good incentive.

How have US and Canadian companies responded to this tender?
Things are complicated now because activity has bounced back up. Our objective was to attract medium-sized companies. However, to avoid losing their leases, they are drilling again. There is a lot of interest, but not many possibilities to come here.
We have seen a lot of interest in Canada from services companies. They are entering Argentina. We have also seen some interest from midstream companies in the US. They see business opportunities here in that area.
It is like the chicken and egg problem. For midstream investments, you need the taker and the producer. We are in pilot phases. It is hard to invest in something that will not certainly happen. Midstream projects will need the development of upstream projects.
Foreign oilfield services companies are very interested in complementing drilling operations. Canada has developments that can be easily applied to Argentina and medium-sized companies that want partnerships with Argentine companies. Around 50 Canadian companies will be coming here in September 2017 for the Argentina Oil & Gas Expo. Some are already working here.

What are the challenges in supporting the development of local E&P SMEs?
The main challenge is for companies such as YPF to open oil and gas blocks. We believe that if we cannot generate a network of medium-sized and big operators, it will be very difficult to have several developments in Vaca Muerta.
Previous experiences such as the successes of Ingeniería Sima and Perez Companc should be repeated, but acreage is concentrated under a few companies. That makes it very difficult to grow. No matter what company it is, there is no balance that can hold the relationship between the acreage and the investment. Things will not develop. It is not viable. This is a challenge. To generate a good industry that has medium-sized operators, we need to make fields available.

What do you think about the development of mature fields?
Our experience with a small field is that if you work on it, it stops declining. However, I do not know how much money a big company will invest in this. There might be no interest. This is why I believe these kinds of fields should be left for companies with smaller structures. This is something that is not happening.

What is the pace of infrastructural development in Neuquén?
There is still enough capacity in the areas that will be exploited. The province is working a lot on roads. However, you cannot ask the province to do everything. It should be a shared duty between the province and the interested parties. It will require collaboration.
If there are developments in areas such as Los Toldos, future projects will also benefit. If there is a main pipeline, it is easy to work on capillary pipelines. There is potential for a midstream industry here. It will be a great opportunity.

What has been the impact of the Vaca Muerta framework agreement signed in January 2017?
We have seen an increase in activities in the province. It corrected some problems that affected not only Vaca Muerta, but also existing production. It was very well received by both workers and the industry. We have not had any major conflicts in 2017.

What can Argentina learn from Canada about working with local and indigenous communities?
We can learn many things. Canada had very similar problems to ours.
Canada created a hydrocarbons agency to lead developments. Its objective is to bring together all the different parties, entities and institutions involved. The agency has certain powers to bring everything together and lead the activities and its function is to study all the regulations. By doing this, Canada saved about USD 150 million in 2016. Everybody is represented, but there is management leading the day-to-day activities of the hydrocarbons sector. It is a good example to follow.
The Neuquén province is dealing with the matter. There is a lack of understanding from all the interested parties. Local communities are another stakeholder. These people have to be somehow involved. Their voices should be heard. We have met with the authorities of certain communities here. Some are more rebellious. However, we are learning about everybody’s needs.

What are GyP’s short-term objectives?
Our main objective is for these pilot projects to start producing. Shell’s will be very quick, although production is currently limited due to transport.
In terms of the other projects, we want them to become active pilots. Regarding the tender, we hope that fields are awarded, so developments can start. We will also maintain production in our fields.

For more information on provincial oil company Gas y Petróleo del Neuquén, including the company’s operations in partnership with super-majors in Vaca Muerta, see our business intelligence platform, TOGYiN.
TOGYiN features profiles on companies and institutions active in Argentina’s oil and gas industry, and provides access to all our coverage and content, including our interviews with key players and industry leaders.
TOGY’s teams enjoy unparalleled boardroom access in 35 markets worldwide. TOGYiN members benefit from full access to that network, where they can directly connect with thousands of their peers.