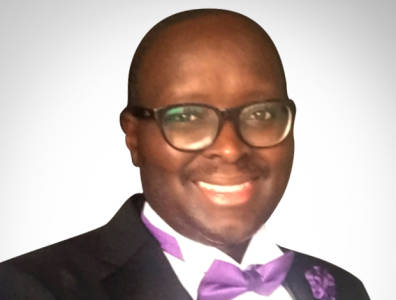 The interests of international players will be protected, which is critical.

An opportune time to invest in Uganda

James Berya Opiyo, an independent consultant, talks to The Energy Year about why Uganda is an attractive destination for oil and gas investment as the world emerges from the dual crisis of low oil prices and Covid-19 and how the Ugandan services sector can gain the capacity to take a central role in the industry.

This interview is featured in The Energy Uganda 2021.

How has Uganda’s oil and gas industry been developing since the first commercial discovery in 2006?
Although a great deal of work had been undertaken since 1925 – when E.J Wayland, the British government geologist, first reported oil seeps along the shores of Lake Albert, on both the D. R. Congo and Uganda sides – the oil and gas industry in Uganda passed a major milestone in 2006, when commercial quantities of oil were discovered with the drilling of the Mputa-1 oil well by Hardman Resources, later acquired by Tullow Oil. Thereafter, Tullow Oil and Heritage Oil, who held acreage across exploration areas 1, 1A, 2 and 3A in the Albertine Graben, made more discoveries which were appraised until licensing requirements meant they had to apply for production licences in respect to resources discovered up to that point.
By the end of 2009, Heritage Oil was ready to exit Uganda and proceeded to enter into a sale and purchase deal with Eni. This deal was, however, scuttled as Tullow Oil exercised its right of pre-emption and successfully acquired Heritage Oil’s 50% stake in Blocks 3A and 1, becoming the sole licensee across Blocks 1A, 1, 2 and 3A. Tullow Oil then farmed down 66.67% of its stake across blocks 1, 1A, 2 and 3A to China National Offshore Oil Corporation (CNOOC) and Total E&P in a process that was concluded in 2012.
By 2014, Tullow Oil and Total E&P had already submitted field development plans (FDPs) for some fields in Block 2 and 1, respectively, in fulfilment of their production licence application obligations. The idea was that the government would review the FDPs, have a back and forth with the licensees and then with both parties in agreement, the IOCs would be awarded production licences. However, the back and forth between Tullow and Total on the one hand and the government of Uganda on the other went on until August 2016, when the government finally issued production licences. Five of them were for Tullow and three were for Total E&P.
CNOOC had already been awarded a production licence for its Kingfisher Development Area in 2013. This paved the way for the companies to enter the development phase of the project.
This new phase would include front-end engineering and design (FEED) studies and environmental and social impact assessments (ESIA) that would all help in reaching a final investment decision (FID).
It is noteworthy that concurrently, two other midstream projects that provide a route to market for Uganda’s crude are also being progressed and are at different stages of development, namely the Uganda Refinery (a 60,000-bpd greenfield refinery) and the 1,445-kilometre-long, electrically heated, buried East African Crude Oil Pipeline (EACOP), with capacity of around 216,000 bopd, which will run from Hoima in Uganda to Tanga Port in Tanzania on the Indian Ocean coast.
Anyway, the FID for the upstream developments (the Tilenga and Kingfisher developments) was supposed to be taken within 18 months after the production licences were issued, so that would have been in 2018. But then significant differences between the government and the companies over tax issues and other developments emerged, delaying the FID. In early 2017, Tullow entered a deal with Total E&P to acquire Tullow’s 21.57% stake across blocks 1, 1A, 2 and 3A. This deal was subject to the pre-emption rights of their partner, CNOOC, which it promptly exercised. CNOOC would then be acquiring 50% of the assets Tullow Oil was selling.
The deal’s compliance with tax laws was soon questioned by the government, with concerns around its capital gains tax treatment. Additionally, the government’s position on income tax assessment of licensees from start of oil production regardless of when they would start making profits thereafter was contested by the licensees, suggesting it would make the project uneconomical with respect to net present value (NPV) and internal rate of return (IRR).
The companies also suggested that capital gains assessment made by Uganda Revenue Authority did not factor in the fact that a portion of the consideration would be re-invested in the development phase of the project by Tullow Oil. The two sides failed to reach an agreement until the sale and purchase agreement expired in late 2019.

Where do you see Uganda’s resilience in dealing with the current shock?
In early 2020, Covid-19 struck, causing global crude oil prices to dip because of curtailed demand for petroleum products as countries implemented lockdowns. On April 20, WTI benchmark crude prices went sub-zero for the first time ever. And interestingly, three days later Total and Tullow actually announced that they had agreed on a new deal, subject to Tullow Oil’s shareholders’ approval and CNOOC’s right of pre-emption.
It is clear that negotiations with the government over the sticky issues earlier highlighted kept going on behind the scenes even after the lapse of the first deal, and by this time there was alignment on both sides. Remarkably, CNOOC chose not to pre-empt this new deal. But what is even more interesting is that Tullow offloaded its entire stake [33.33% of blocks 1, 1A, 2 and 3A] for a consideration of only USD 575 million plus contingent pay pegged to oil price when production commences. This was a huge drop in consideration from the previous deal which lapsed in August 2019, where Tullow was retaining a stake of about 10% in the upstream development and EACOP, letting go of a 21.57% stake for USD 900 million at the time.
I think the crash in oil prices, attributable to the price war between OPEC and Russia on the one hand and Covid-19 on the other, resulted in a situation where Total was able to make a quick deal before sentiments changed. In a way, this is a plus for oil and gas development in Uganda, so that dip in the global crude price was a great blessing for the country.
Furthermore, if you think about the inevitable reduced capex in a low price environment such as the current one, it is easy to see why most companies would want to invest in the EPC phase during such a period – it maximises ROI. So this would be a perfect time for the JV partners to invest, especially because of the huge capital outlays (between USD 10 billion and USD 20 billion) that are expected to be made in the next three to five years in Uganda’s upstream and midstream petroleum segment.

Do you expect to see independent producers committing to further frontier exploration in this crisis?
In this price regime, it will be extremely difficult for smaller independents to survive as exploration is highly risky. During periods of uncertainty, many firms prefer to hold onto cash. This crisis has not helped restore confidence in a market that since 2014 has seen crude oil prices fall and remain tepid, and unfortunately many of the big financiers are no longer willing to sink money into the fossil fuel industry, which further compounds the challenge. Even the majors that are able to make huge capital outlays have been cutting back on new expenditure; given a choice, many of them are more willing to put their money into producing assets rather than exploration ventures.
So in this scenario, I see overall expenditure on frontier exploration assets dwindling, and the smaller players (independents) that usually drive exploration may either fold or be acquired by the more aggressive and liquid bigger independents or majors.

How would you qualify the strength and preparedness of the Ugandan services sector?
Since Uganda is a newbie with respect to the oil and gas industry, most of the local players have not been truly tested. Apart from exploration, we have not had development and production kicking off yet. Therefore, most of the local players have been taking part in support/ auxiliary services, but not in the direct, core oilfield services. Some players were initially very excited, but since the FID hasn’t been reached according to earlier timelines, many of them have switched focus to other industries.
The positive part is that there have been many efforts both within the industry and among the development partners to develop the capacity of local players. However, people and service providers will quickly lose this newly acquired capacity if they don’t have the opportunity to deploy it. For me, the delays to get to actual production are the biggest risk for the local industry. Once we reach that stage, we will see much faster development of the local services sector in core oilfield activities.

How do you assess the reaction of the government and Uganda National Oil Company to this rapidly changing environment?
In the oil and gas sector, the trajectory has not changed much, in my opinion. The response has been more proactive than reactive. A few weeks ago, UNOC issued a request for expressions of interest inviting international players who have the wherewithal (technical and financial) to partner with them with a view to jointly applying for licences in the blocks that have been advertised in the second licensing round. I don’t think progress has slowed down at all; it’s just that their work arrangements have had to be tweaked, and in some cases go digital. I’ve learnt that many offices are experimenting with alternating between remote working and office attendance on a weekly basis.

How would you position Uganda among other frontier exploration countries and what is your message to the investor community?
Uganda is extremely attractive as an investment destination with respect to the oil and gas sector as it has made great strides to set in place a robust regulatory regime, and a number of laws have been passed on the back of the 2008 National Oil and Gas Policy for Uganda. We saw the Petroleum Upstream (Exploration, Development and Production) Act and the Midstream (Refining, Conversion, Transmission and Midstream Storage) Act come into force in 2013, along with their corresponding regulations in 2016.
So regardless of the political situation, which many foreign investors normally agonise over when considering investing in Africa, you can be sure that the relationship between licensees and the government is well codified in production-sharing agreements (PSAs) and the laws and regulations of the land, ensuring that the interests of international players will be protected, which is critical.
Regarding petroleum resources, these have been painstakingly appraised over a period of time – currently standing at 6.5 billion barrels STOIIP, of which 1.4 billion barrels is recoverable. There is a lot of information on these resources that are audited by independent international reserves and resources auditing experts, which helps to de-risk them as an asset class.
The petroleum exploration success rate in Uganda is over 80%, which is almost unprecedented and places the country in the top 1% in the world. Beyond this, Uganda’s young population is very agile and willing to learn. English is widely spoken in the country, so you will be able to get affordable, trainable labour.
From here on, I think 2020 can only get better, and this could be an opportune time for any investor interested in Uganda, particularly because the second licensing round is currently underway, ending on September 30, 2020.