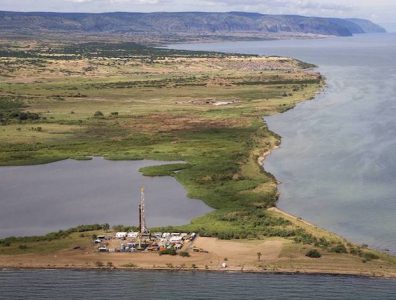 Six decades following Uganda’s independence, the country now sits on the verge of a new wave of industrialisation.

Since Uganda’s first commercial discovery was made in 2006, the country has been busy designing the legislative, institutional and regulatory framework to make oil and gas production a reality. The year 2022 represents a significant milestone in the development of Uganda’s oil and gas sector and the country’s potential to drive growth in associated economic sectors.

The FID reached in February 2022 marks the beginning of Uganda’s last stretch to first oil in 2025 from its various Lake Albert developments, with production expected to reach 230,000 bopd. The momentous occasion coincidentally falls on the nation’s 60th anniversary since its independence from British colonial rule.

THE FIRST DECADES: When Uganda gained independence in 1962, it boasted one of the more developed economies and education systems in Sub-Saharan Africa. However, two decades of political conflicts crippled its economic outlook. In 1966, Prime Minister Milton Obote suspended the constitution and overthrew President Edward Mutesa. In 1971, Idi Amin took power through a military coup, which led to the killing of around 500,000 civilians and the economy to downsize significantly.
It was not until H.E. Yoweri Kaguta Museveni became president after his National Resistance Army took control of the country in 1986 that Uganda began to restore stability, rule of law and economic development. According to the International Monetary Fund, Uganda’s economic growth averaged 6% in the period between 1987 and 1994. By 2007, FDI in Uganda reached a record 6.66% of its GDP, with USD 1.3 billion entering the country in 2019.
After the economic downturn caused by the Covid-19 pandemic, the World Bank expected 3.7% growth in Uganda’s GDP in 2022, 5.1% growth in 2023, and 6% growth in 2024. During his state of the nation address in June 2022, Museveni announced that Uganda had attained middle-income status, with GDP per capita reaching USD 1,046 in the 2021/22 financial year.

THE PEARL OF AFRICA: Winston Churchill is attributed with popularising the nation as “the pearl of Africa” due to the nation’s environmental, economic and human wealth. Ranked by agricultural potential, Uganda is among the best countries in Africa, thanks to its low temperature variability, fertile ground and two rainy seasons over much of the country.
According to the UN’s Food and Agriculture Organization, Uganda’s agriculture sector has the potential to feed up to 200 million people, around 155 million more people than its current population. While 80% of the country’s land is arable, only 35% is currently being cultivated. In the financial year 2020/21, agriculture accounted for close to 23.7% of Uganda’s GDP and 31% of export earnings.
Uganda’s current demographic structure is another factor that could push fast development of its economy. The nation has one of the youngest populations in the world, which is growing rapidly. About 68% of its population is 25 years old or younger, and its total fertility rate is among the highest in the world at 5.5 children per woman.
However, reaping the demographic dividend will require sustained growth and diversification of the economy away from agriculture, something the oil and gas sector is expected to stimulate while providing the state with significant revenues necessary for public investment in infrastructure. The Uganda Bureau of Statistics estimates that around 70% of the country’s workforce was employed in the agriculture sector in 2021.

VISION 2040: In 2007, the Ugandan government approved its 30-year national vision statement. Under the initiative, the National Planning Authority in partnership with other government institutions and stakeholders were tasked to create a strategic document that became known as Vision 2040.
In 2013, the country launched the economic roadmap with the aim of building a stronger industrial base, focusing on new areas of opportunity and addressing traditional bottlenecks in socio-economic growth, including limited infrastructure, lack of transparency and underdeveloped human resources.
The national strategy focuses on the key following areas to stimulate the economy: infrastructure development; investment in science, technology, engineering and innovation; and opportunities in the oil and gas, tourism, minerals, information communications technology and agriculture sectors.
To achieve its goals, Vision 2040 advocates for a review of the government’s architecture in delivering services to increase efficiencies and effectiveness of the administration. This includes making land reforms to facilitate urbanisation and accelerating industrialisation through the creation of diversified clusters in strategic value chains. The National Planning Authority established National Development Plans (NDPs) that articulate measurable goals within specific timelines.
The country is currently under its third NDP that spans from 2020 to 2025, with the strategic goal of increasing household incomes and improving the quality of life for citizens. In the energy industry, the plan lists specific goals to raise energy consumption, increase electrification of the country, reduce the use of biomass for cooking and improve its transmission capacity and reliability.
The development of industrial parks is another significant tactic in the government’s delivery of Vision 2040. Managed by the Uganda Investment Authority, these zones aim to increase sustainable production and productivity and add value to strategic sectors by facilitating investment in global and regional supply chains.
The USD 251-million Kampala Industrial and Business Park in Namanve is the programme’s flagship park, which hosts private players and institutions such as local steel manufacturer Roofings Group and the Uganda Industrial Research Institute. The site is expected to attract stakeholders in iron and steel, engineering, mobility, agri-foods, beauty and apparel, pharmaceuticals, digital technology, oil and gas and petrochemicals sectors.

ENERGY AND INDUSTRIALISATION: Gains from Uganda’s nascent oil and gas industry are expected to drive growth in other sectors through economic linkages and a focus on in-country capacity. According to the Petroleum Authority of Uganda, the potential benefits of sector interlinkages could earn Uganda as much as USD 8 billion. Movements towards development of the country’s hydrocarbons resources have improved perceptions of the country’s business atmosphere and increased investments.
For example, Roofings Group has invested in its rolling mills complex and polypipes facilities. Tembo Steels also recently inaugurated its iron ore smelting plant at its base of operations. In the downstream logistics sector, significant investments have been made towards Mahathi Infra Uganda’s oil terminal on Lake Victoria, which will comprise a tank farm with a capacity of 70 million litres for storage of diesel, petrol, aviation fuel and kerosene, a 256-metre jetty and four 118-metre oil tankers.
Investment in the power generation sector is a key objective pursued by the Ministry of Energy and Mineral Development in parallel with Uganda’s oil and gas efforts. The country’s generation capacity, which is set to reach 5 GW by 2040 including 2 GW of nuclear capacity, will require significant capital.
Six decades following Uganda’s independence, the country now sits on the verge of a new wave of industrialisation in the form of infrastructure development, raised technical capacity, heightened technology transfer, strengthened economic linkages and increased foreign direct investments on the back of its up-and-coming oil and gas activities. As President Museveni told The Energy Year, “Now is the time. Uganda is the right destination for investment.”