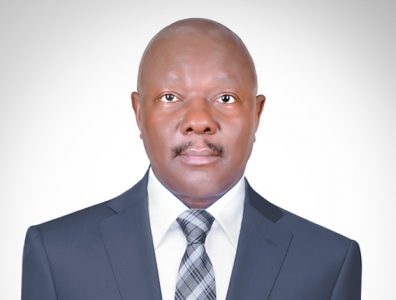 We need to increase access to power and enhance reliability, and hence the urgency in investing in power transmission and distribution.

The Energy Year talks to Fred Kabagambe–Kaliisa, Uganda’s senior presidential advisor on oil and gas and the minerals industry, talks to The Energy Year about key milestones in Uganda’s long road to accessing its hydrocarbons potential, current challenges facing power generation and how the oil and gas sector has supported the growth of the economy and local communities.

What priorities were set for the oil and gas sector when H.E. President Yoweri Kaguta Museveni came to power in 1986?
In order to put this question in its proper perspective, it is useful to discuss briefly what had taken place a few years before the new government of President Museveni took charge of the country in 1986.
In 1982 as a ministry responsible for the mineral sector, we took a decision to start again efforts of petroleum exploration which had stopped in the mid-1950s. The first step was to establish whether the most “prospective area” – which was the Rift Valley, which we geologists call the Albertine Graben – had extensive potential to generate oil and gas resources and store the same once generated in commercial quantities. It was thus decided to carry out an airborne magnetic survey to enable us to estimate the thickness of sedimentary material which has been deposited in the Graben or basin over a period of time. The results obtained were quite encouraging. An estimate of at least 3 kilometres of sediments in the Graben was indicated, which was more than the accepted threshold depth of 1 kilometre for a basin to generate oil and gas resources.
Secondly, there was no institutional and legal framework to manage and guide the exploration and development of petroleum in Uganda. We had the Geological Survey and Mines Department, whose mandate under the Mining Act was to manage the exploration and mining of hard minerals.
In that regard, the Petroleum Unit was put in place in 1984 and the Petroleum (Exploration and Production) Act was enacted in 1985. So armed with the results of the airborne magnetic survey, the new institutional framework and the law, we decided to commence on the competitive invitation of oil companies to take acreage in the Albertine Graben and be granted licences to carry out detailed exploration and eventual production of petroleum. We received a combined bid from Shell and Exxon in 1985 and we commenced evaluation of the bid, a process that was not accomplished by the end of 1985.
In a meeting with President Museveni in February 1986, the president guided us (the meeting was attended by the then-permanent secretary, Mrs. Janet Opio, the then ag. commissioner of Geological Survey and Mines Department, the late Saul Mboijana, and myself, who was the head of the Petroleum Unit) to focus on three things. First and foremost, to stop evaluation and negotiations of the bid that was received from Exxon/Shell and focus very fast on training of human resources and capacity building of the Petroleum Unit. We had initiated training earlier, but not on a large scale since the unit was very small – made up of four professional staff. Today we can see that this focus on human resource development has been key in the development of the country’s oil and gas industry.
Secondly, we agreed that once a minimum number of people had been trained, we would focus on investment promotion by carrying out geological and geophysical surveys to bring out the hydrocarbon potential of the Graben. That is how we began publishing on the hydrocarbon potential of the Albertine Graben region.
Our third priority was to attract investment and monitor the investors’ compliance with the agreed-upon terms and conditions in the production-sharing agreements. That is how we licensed the early independent companies like Heritage Oil & Gas in January 1997 and Hardman Resources in 1998.

What policy changes did the Ugandan government make following the commercial oil discoveries?
The first commercial oil discoveries were made in 2006, which marked the closure of a long history of uncertainty with regard to prospectivity of the Albertine Graben. We were able to confidently say that there was a working hydrocarbon system and that the fields were commercially viable. From there, we could finally advance into other areas such as planning for field development and commercialisation.
In 2006, the policy guiding the sector discussed in 1986 and concretised in the broad Energy Policy of 2002 required a robust upgrade. Previously, we had avoided creating huge institutions and other policy frameworks before an actual commercial discovery was made. We then began developing a new policy framework, which became the National Oil and Gas Policy for Uganda in 2008. This gave rise to new legal frameworks in the upstream and midstream sectors and a separation of institutions.
Up to this point, the energy ministry had been doing everything, including investment promotion, licensing, regulating and setting up policies as well as managing the state participation interest. Under the new mandate, we created separate roles so that the ministry could focus on setting up policies, proposing legislation, investment promotion and licensing.
We set up the Petroleum Authority to regulate the sector and the national oil company to perform the commercial aspects of the business and develop additional expertise in Uganda’s oil and gas industry. We unbundled the sector to attain efficiency and effectiveness of the institutional framework. As expected, some areas like licensing became contentious in terms of placement.
However, licensing in the oil business can be a challenging political issue; one needs to convince several stakeholders like Parliament, civil society organisations and other public and private institutions that companies have been licensed under sustainable terms and conditions. Hence the need to have the minister responsible for the petroleum sector perform the function anchored by the technical departments and agencies with guidance of Cabinet.

How much change will the 2025 achievement of first oil bring to the country?
Oil and gas will be the main enabler of Uganda’s economy. I keep sensitising everyone in the country that the Albertine Graben is the centre of crystallisation of our economy now. The government has taken strong steps to put in place infrastructure such as roads, an international airport and high-voltage power lines, which are driving a lot of growth in other sectors. For example, there is now a lot of interest in the agriculture and tourism sectors. We must not over-focus on the oil business and abandon other productive sectors. The oil sector’s growth will spur the entire Ugandan economy and support adjacent industries.
It has been a long journey. If the country had direct access to the sea or ocean for that matter, we would already be halfway through our production lifecycle. But we are only at the beginning. The next 10-20 years are going to be a period of significant economic development for Uganda. The future is bright.
However, we should not lose sight of energy security issues and that is why developing a refinery is of strategic importance. We do not want all oil pumped by pipeline to Tanga, Tanzania. Local value addition must be emphasised. We want to increase transportation infrastructure and oil security, but also propel other petroleum-based industries that benefit from raw materials produced at the refinery, such as plastics and pharmaceuticals.

What challenges does Uganda’s power generation sector face?
A key focus in the power business is to increase access and reliability of the power supply. Having no power or indeed unreliable power is much more expensive than having expensive power. Unreliable power is extremely costly, especially in industrial processes. Solely focusing on bringing down the cost of power generation is not a holistic approach!
One major challenge in the power sector has been a lack of systematic investment for decades especially before 2013. This issue has been relatively solved in the amount of power generation in the sector. We previously unbundled the sector to encourage private-sector participation and successfully promoted small, renewable hydropower plants. Then a decision was taken to have public investment in power generation hence the construction of the Isimba and Karuma hydropower dams.
We now need to improve and enhance the capacity of our transmission and distribution infrastructure. In 2001, electricity access countrywide was 5% and now access is around 57%, that is 19% on-grid and 38% off-grid. The Uganda Bureau of Statistics (UBOS) 2021 Report says that total electricity access is 56.6%. The components are: grid electricity is 18.9%; solar home systems are 11.1%; and solar kit systems are 26.6%. This is quite exciting for me, who led the team to design the first Rural Electrification Strategy and Plan, 2001, in which we put in place several delivery mechanisms for access to electricity like grid extension, isolated or mini grids, solar PVs etc. The strategy has worked!
However, we need to increase access to power and enhance reliability, and hence the urgency in investing in power transmission and distribution. All previous efforts and gains made through the private power distribution concessions and the Rural Electrification Agency should be consolidated and built upon.

What key factors have led to the growth of the Ugandan economy since the country became independent?
Education has been key. It can be a huge struggle to carry out the economic development of a country with a big illiterate population. People now have an opportunity to study because of our expanded secondary and university level education sector.
Another important element has been the rise in moderate health services. Immunisation has helped many children grow up in good health and has reduced preventable diseases in the country.
On that note, the power subsector has done a good job in delivering modern energy services that support the education and health sectors of our communities. Obviously, I should commend the young oil and gas industry’s role in Uganda’s economic development. Even during the exploration phase, money obtained from capital gains tax arising from the farm-down transactions in the oil and gas industry was spent on cofinancing the building of power dams and other road infrastructure. In addition, there has been a creation of jobs and supporting the local communities.