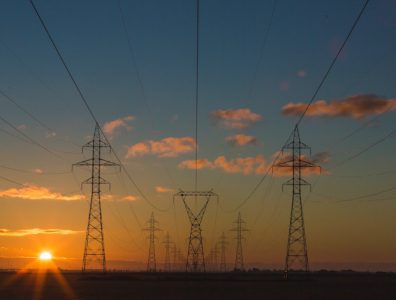 The differences in electrification rates between the country’s north and its relatively energy-deprived south are a major concern.

Angola closes in on its 2022 electrification targets

Under demographic and economic pressures, Angola is working to expand its electricity coverage with the aim of nearly doubling its 2017 electrification rate by 2025. The goal coincides with ambitious investments to connect its power grids and improve its energy revenue collection capacity.

Angola is undergoing a significant expansion of its power generation capacity to promote its socioeconomic development. Lack of electricity in the country’s non-urban territories has led to a low quality of life and low viability of economic activities, which has particularly impacted SMEs.
Despite more than USD 12.5 billion in electrification investments between 2018 and 2022, Angola’s socioeconomic challenges continue due to lack of available energy. The nation’s accelerated population growth has emphasised the need for a diversification of income sources beyond the oil and gas sector and a reduction of dependence on imports of essential products. The Ministry of Energy and Water forecasts an increase in energy consumption from 375 kWh per capita in 2013 to 1,230 kWh by 2025.
The country also has a problematic north-south divide. Both central and southern Angola are currently isolated and rely on expensive diesel generators, whereas the north has an excess of cheap hydropower. The electrification rate is not homogeneous throughout the country; the rate is highest in the province of Luanda at about 75%, while the rate is lowest in the provinces of Bié and Cunene at around 9.5%.

NATIONAL DEVELOPMENT PLAN: Angola’s National Development Plan (PDN) is part of the country’s Angola Energy 2025 long-term strategy. The current 2018-2022 initiative aims to increase the country’s electrification rate to 50% by 2022 and to 60% by 2025. An installed capacity of 9.9 GW is required to meet the final goal, which is expected to come 66% from hydropower, 19% from natural gas, 8% from renewable energy and 7% from thermal energy.
The strategy also sets targets for electricity coverage. At the national level, Angola went from an electrification rate of 36% in 2017 to a 42.7% electrification rate in 2021, which is equivalent to a 7.5% increase. The number of consumers from 2017 to 2021 grew by 36%, with 472,000 new home connections installed throughout the country. The 42.7% electrification rate represented 98% of the goal set by the PDN, which forecast a 43.5% electrification rate for the country by December 2021. For 2022, the goal of national electricity coverage is 44.1%.
The differences in electrification rates between the country’s north and its relatively energy-deprived south are a main concern for the strategy. The government connected 10 additional provinces to the national electricity grid between 2017 and 2021. In the provinces of Bié and Cunene, the PDN’s ambition is to increase the coverage to 20% in 2022. Many of the current investments focus on bringing electricity to the south, both through new grids and connecting the south to the existing grid in the north.

NEW INFRASTRUCTURE: The increase in Angola’s electrification rate coincides with the extension of its national transmission network, which grew by 1,328 kilometres between 2017 and 2021. The network now totals around 5,230 kilometres. The national grid has been rapidly developed in the last few years, with investments made on the Laúca and Caculo Cabaça hydroelectric power stations and the 400-kV Laúca-Cambambe and Laúca-Capanda transmission and distribution systems.
The expansion of the public electricity system includes growth in the number of connected municipal headquarters. There are now 89 headquarters with electricity compared to 66 in 2017. By the end of 2022 the target is to have 102 municipal headquarters connected to the public electricity grid.
This goal is being helped by large renewable energy investments. Sun Africa, a solar project developer, plans to invest USD 1.5 billion to cover the electrification of the municipal headquarters and larger communities in the provinces of Cunene, Namibe, Cuando Cubango and Huíla. The project is set to commence in 2023. The mini-grid project includes extending power lines and constructing substations and water supply systems.
The Angolan government has also approved other renewable energy projects. In May 2022, President João Lourenço approved a contract worth USD 970 million for a public works contract for the engineering, supply, construction and testing of hybrid solar power generation systems to expand the electricity grid to 60 communities in the provinces of Malanje, Bié, Moxico, Lunda Norte and Lunda Sul.
Another key project under Angola’s energy strategy is the Energy Sector Efficiency and Expansion Program. The primary goal of the initiative is to connect the electrical grid in the north to the central and southern parts of the country. The National Electricity Distribution Company is in charge of the project, with Power Africa providing technical advisory and capacity building, particularly in the first phase of the project.
At the end of 2019, the African Development Bank reached an agreement with Angola for the first segment of the three-phase project. The agreement is a USD 530-million loan to primarily finance the construction of a 343-kilometre, 400-kV Central-South transmission line. The plan is to complete the first phase by 2023 and the whole project by the end of 2024.
The agreement also includes a revenue improvement programme to ensure the correct payment of electricity bills by consumers. Currently, approximately 80% of residences in Angola are not metered, which has resulted in a large loss of funds and a need for state subsidies. The Energy Sector Efficiency and Expansion Program includes the installation of 860,000 prepaid metres and a custom database to keep track of consumers.

SUBSTATIONS: As part of the electrification plan, the Ministry of Energy and Water inaugurated the Bailundo substation in the province of Huambo in May 2022, reinforcing the electricity supply in the cities of Huambo, Caála and Bailundo. Work by the main contractor Ossi Yeto included a 60-kV overhead line originating from Huambo. The USD 400-million development will supply energy to 90 million inhabitants.
Bailundo was previously powered by diesel power generation sets with a total available power of around 800,000 watts, which caused significant energy supply restrictions. The Angolan state required injecting 2.74 million litres of diesel per year to supply the area. This project is part of the Ministry of Energy and Water’s initiative to connect 16 of Angola’s 18 provinces to the electric transmission system associated with the Laúca Dam hydroelectric power plant. Currently, 10 provinces are connected to the system.
During the first half of 2022, the Ministry of Energy and Water also inaugurated the Belém do Huambo substation in the province of Huambo with a capacity of 400 kV that enables the electrification Huambo province’s 11 municipalities and saves the state more than 100 million litres of fuel per year previously used to light up thermal power plants. According to the ministry, the substation connects the centre and southern electricity transmission systems.