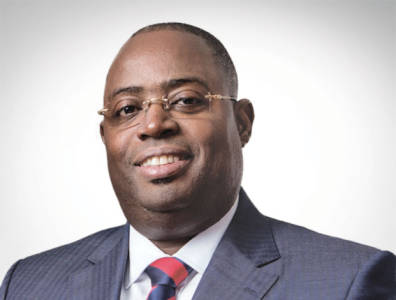 [The onshore blocks] will be an opportunity for Angolan companies to develop a niche in the Angolan oil and gas market that is still untapped.

Braulio DE BRITO Chairman of the Board AECIPA

Braulio de Brito, the executive chairman of Tradinter, and Noumouke Kaba, the company’s executive vice-president, talk to TOGY about the potential of onshore blocks and new basin exploration in Angola as well as the local workforce and business climate. Tradinter, established in 2014, is an Angola-based oil and gas services company providing consultancy and guidance services for foreign investors and companies looking for business opportunities in Angola.

On onshore blocks: “It will be an opportunity for Angolan companies to develop a niche in the Angolan oil and gas market that is still untapped. Surely this will be beneficial for the surrounding areas where the opportunities seem to be located, and consequently contribute to the social and economic development of Angola.”

On the workforce: “We see basic to high-level skills; we have a considerably strong pool of well-trained, well-developed Angolans: technicians and professionally skilled techs up to on-the-job engineers. The massive lack is when you go up to the executive level.”

On operational costs: “The numbers weren’t speculative before, it was just what the market came up to. People would mark things up. Spare parts still cost the same; Customs have not changed. Of late, the currency has devalued a little bit. For a spare part from overseas, the cost would be the same, but the running cost of keeping your machine going has decreased. It will probably decrease even further.”

On skills: “If we compartmentalise and talk about oil and gas, we have enough Angolans to carry the industry as it is. If you look at Angola in general, we can see that other sectors did not have the same benefits as oil and gas.”

Most TOGY interviews are published exclusively on our business intelligence platform TOGYiN, but you can find an abridged version of our interview with Braulio de Brito and Noumouke Kaba below.

As a 100% Angolan company, were you disappointed by the cancellation of the onshore blocks in May 2017?
Braulio DE BRITO: It will be a business opportunity for many Angolan companies again, in the near future. The cancellation was a situation outside everyone’s control, I believe. In due time, we all believe that Sonangol and the Angolan government will release those opportunities. It will be massive for Angolan companies, even though we also know that most Angolan companies would not have had the financial clout to meet the requirements to pursue that. In any case, it will be for them to find or put together the right resources or mechanisms to capture these opportunities.
It will be an opportunity for Angolan companies to develop a niche in the Angolan oil and gas market that is still untapped. Surely this will be beneficial for the surrounding areas where the opportunities seem to be located, and consequently contribute to the social and economic development of Angola.

Are you breathing easier now that oil is above USD 70 per barrel?
Noumouke KABA: Everybody knows our industry is cyclical and that it takes time for all the levels of the value chain to benefit from an improvement in the oil and gas price. When there is an increase, it takes a while to make it all the way down the chain. When there is a decrease, it goes quickly. We are definitely happier now, just like the entire industry, but the machine was stopped for a long time. They are just now starting or speeding up the engine. It is going to take a few months before it reaches our level. We are conscious of that. But whenever we see the price increase, we are definitely happy. Does it benefit us already? I believe we should expect a positive impact in the second half of 2018.

In terms of further exploration in Angola, the new president has not ruled out a further bid round, perhaps in the Namibe Basin. Is that something you could be involved in further down the line?
NK: I believe we will position ourselves to be involved either directly with the oilfield services or through a partner. The Namibe Basin will be the new frontier, and nobody in this industry wants to be left outside. If we do not provide services directly to the operators, we would like to be involved through partnerships. We are looking at that very closely.
Exploration is very specific. It is cash and technology intensive. We will look into providing services and positioning ourselves as a local partner of choice for any company that wants to explore those opportunities. In fact, two blocks have already been announced for exploration: blocks 41 and 42. Those are already ready for later.

How robust is the legal framework of Angola and could there be more support for Angolan companies?
NK: You have the operators, and just below them you have the big service providers that work directly with the operators. Under them you have big Angolan service providers that work directly either with oil and gas or with those big service providers. Below those big Angolan providers, you have smaller ones. In terms of numbers, I believe there are more Angolan companies in the market. Revenue-sharing-wise, it definitely goes to the second level companies.
From a legal perspective, Angolan companies are protected. The investment rule in Angola was pretty restrictive due to the amount of money one had to put up to establish in Angola. This was to protect Angolan companies. From a financial standpoint, this is where significant improvements can be made. Everyone always talks about the oil price and contracts to be released, but nobody really points out the financing side of the sector. This is what is slowing down the growth of 100% local Angolan companies. Going after bids the operators release can be financially burdensome. You need to be equipped, you need to have the right personnel and you need to have the right experience. That is capital intensive.
When you turn to the local market to obtain financing from the banks, it is very complicated. You need to grow on your own by growing your own capital in order to face those services. This takes time. From a legal framework, Angolan companies are protected; from a financial perspective, this is where the challenge is. Local banks need to change their perspective on the sector and facilitate more financing of oil and gas operations. They have started doing it but need to pursue it further in that direction.

Is Angola still an expensive place to live, operate and be in?
BB: People talk of a bubble that has burst. It would be wrong to interpret it as a bubble. In a bubble, usually there is speculation. I did not see that speculation from a housing perspective. It was the market dynamics, not a bubble. We did not see speculation going out of the window all of a sudden. The market became reasonable. The numbers weren’t speculative before, it was just what the market came up to. People would mark things up. Spare parts still cost the same; Customs have not changed. Of late, the currency has devalued a little bit. For a spare part from overseas, the cost would be the same, but the running cost of keeping your machine going has decreased. It will probably decrease even further.

How much of a problem is the lack of foreign currency in Angola for you?
NK: This is something that has to be kept very closely on the radar. Most of the services the industry requires are still important. This is something that is making the oil and gas sector suffer a bit more than it should.
There is also the tax environment. We need to be very careful about all taxes. The challenge is no longer on the price within Angola, it is going to be the cost of producing services because of new taxes. What is encouraging is that the government is inviting us to discuss with them the best way to implement this. It is an opportunity that the oil sector should seize in order for us to have the right dynamics. To develop the economy here in Angola, the delta of the economy is oil and gas. It has to be properly equipped in order to pull the entire economy. For this, the tax environment is key as well. The entire industry is looking very closely at this. We are very optimistic for the future, but we are also looking into discussing this with officials to have the right tools to benefit from the increase in price.

For more information on the Angolan market, see our business intelligence platform, TOGYiN.
TOGYiN features profiles on companies and institutions active in Angola’s oil and gas industry, and provides access to all our coverage and content, including our interviews with key players and industry leaders.
TOGY’s teams enjoy unparalleled boardroom access in 35 markets worldwide. TOGYiN members benefit from full access to that network, where they can directly connect with thousands of their peers.
Business intelligence and networking for executives: TOGYiN