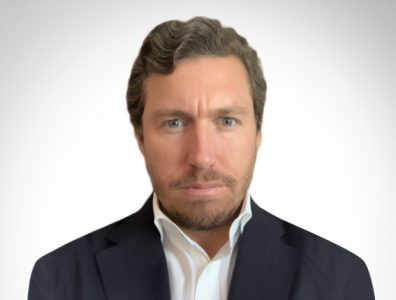 For the renewable energy sector, we have solar, biomass and wind in our pipeline of projects. We see a lot of potential there.

Jorge Calvillo, founding partner and CEO of VIG World, talks to The Energy Year about the company’s strategy in the Angolan market and how the IMO 2020 sulphur regulation is set to boost the local bunkering sector’s potential. VIG World is an Angolan provider of bunkering, project development and consultancy services in the energy and mining industries.

What is VIG World’s strategy in the Angolan market?
It’s in our DNA to bring know-how and investment to Angola. We see opportunities in different parts of the energy sector. We just acquired a bunkering barge to provide services to the oil and gas, shipping and fishing sectors. On top of that, we are rapidly developing a new department within the company for procurement, which we are growing and hiring for. We also see great potential in renewables and mining.

What is the company’s involvement in the oil and gas industry?
VIG World is a small-to-medium-sized player that is looking for opportunities in the market, mainly on the production side. We are interested in the ongoing tenders for onshore blocks.
As a procurement service provider, we are registered with all the main players, and we are constantly receiving RFQs. We have concentrated our efforts and have been successful in the lubricants segment. At the moment, we have some very large contracts to supply the main operators with lubricants. Moreover, we have commercial interest with most of the oil and gas local producers, we see ourselves as a local trading house to market the national products worldwide. And we are also a physical bunker operator in the Bay of Luanda.

Will the IMO 2020 sulphur regulation impact Angola’s potential as a regional bunkering hub?
In light of the IMO regulation in 2020, Angola now has a very attractive straight-run fuel oil that matches the standard.
The bright side is that for seven months now, Angola has been very competitive on price compared to comparative bunker locations. All the allocation of fuel oil to the local market is sold. Now ships call at the Port of Luanda just for bunkering, and this is the seed for having a bunkering hub.
Angola could be competing on its location, with a port that operates almost every day. By comparison, in Lomé, throughout the year, there are 100 days where you can’t operate due to the weather. What’s missing here is the storage.

How do you assess the upcoming bidding rounds?
If the country’s goal is to raise production, which is what they are trying to do, they should facilitate this somehow. In 2017 or even before, they did the same kind of bid round. What happened was that a lot of companies got the information, but no one invested.
The onshore blocks will present good opportunities for exploration and production. As for the marginal fields, these are assets that can work well tax-wise for the big players.

What are the still existing challenges in Angola’s power transmission?
The power sector in Angola has changed substantially since the Angola Energy 2025 initiative was launched. At the moment, there is a surplus of generation, given the large hydroelectric power plants along the Kwanza River. However, in general, that power is very concentrated in Luanda and the north. There are interconnector lines in the country’s north, but the middle and south have not yet been fully connected.
There is a surplus in the north, and it still hasn’t reached the other provinces. This is one of the big necessities at the moment. There are ongoing projects financed by the World Bank in the transport sector. The large 400-kV lines that connect to the south have the potential to see the biggest investments.
For the renewable energy sector, we have solar, biomass and wind in our pipeline of projects. We see a lot of potential there. Still, for this to be realised, there must be a solid regulatory framework in place for offloading the energy onto the grid – something that is not fully functioning in Angola yet.
In my understanding, the World Bank is very focused on transmission in Angola, especially on the north-to-south lines. However, some southeast provinces are not going to have a high-voltage transmission line reaching them for some time.

What are the current bottlenecks for the development of renewable energies under the IPP structure?
There is a lot of interest in developing those projects, but the regulatory framework is not there yet. The country needs IPPs for foreign investors to make a large investment and sell that electricity to the grid. However, the structure for those payments hasn’t yet been fully developed. We think it’s coming soon, however.
There are still some existing challenges, such as guarantees that the offloader is going to pay. It also has to do with the currency. If you have a tariff in kwanzas, it has to be indexed to a hard currency so that volatility won’t affect the project’s bankability. After that, we will see a huge amount of investment.
We collaborated on the IPP framework and the legal regulations for Angola 2025, but the final regulatory parameters, such as tariffs, have not been fully updated yet. There are also power purchase agreements, but those contracts still haven’t been fully regulated into law. Therefore, a private investor who wants to come here and install a photovoltaic plant still has a couple of issues to address. This has impeded the last five years of projects from moving forward.

What are your main activities in the Angolan power sector?
There’s a lot of potential, and we’re here to try and help with consultancy, feasibility studies, or whatever it takes. One of the projects we’re doing right now is with TNC [The Nature Conservancy] for the province of Cuando-Cubango, a very important province from an environmental point of view because the Okavango River starts there and flows to Namibia and Botswana.
TNC has hired us to do a feasibility study of that province to help meet their energy needs with the lowest impact on water resources. We’re looking at low-impact hydro, photovoltaic and other options.
We are open to partnerships in the power sector, and for an investor that wants to come into the country, we can offer on-the-ground knowledge of the provinces and the government’s expectations. I think we have both offerings well established.

How do you assess the government’s 60% electrification goal?
On the electrification side, things are going pretty well to attain that 60% by 2030. The government’s focus, as well as our own, is on small, independent, off-the-grid production and distribution solutions. The World Bank is also financing these types of projects, so I think they have a future.