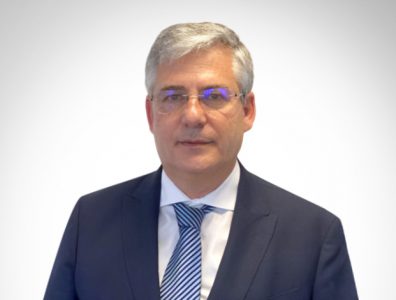 With the ongoing solar projects under development in Angola with an installed capacity amounting to 500 MW, it is urgent to start thinking about efficient energy storage solutions.

Fernando Prioste, CEO of COBA Group, talks to The Energy Year about Angola’s potential for deploying pumped-storage hydroelectricity and hydrogen solutions as it develops a robust energy industry and the central role of COBA Group in the country’s power arena. COBA Group provides engineering consultancy services, with extensive experience in hydropower projects.

What should Angola’s priorities be in order to achieve energy self-sufficiency?
Angola has everything it needs to achieve energy self-sufficiency through renewable sources – not only water, but also sun and wind. With these three natural resources, Angola could achieve the transition from oil and gas to renewable energies, and then boost its energy self-sufficiency.
At the moment, the challenge is to electrify the entire country, which requires large investments in the transmission and distribution networks. With the investment that this government is making in electrification, its demand will increase and consequently Angola will absorb the installed capacity, thus creating the conditions to increase production in the coming years.
One of the new investments in the energy sector is the ongoing Caculo Cabaça Hydropower project, with an installed capacity of more than 2,000 MW. This project is even larger than the Laúca Hydropower project, the third-biggest hydropower plant in Africa. Another large hydropower project is foreseen in the hydropower cascade of the Kwanza River: the Zenzo Hydropower Development. With these three new projects on the Kwanza River, Angola will have enough installed capacity for energy self-sufficiency.

How could the country take advantage of a future excess of power generation?
One of the problems with the development of renewable energy is how to store it. Our experience acquired in this area – thanks to our involvement in the development of the Portuguese hydropower sector in the 1990s through designing several large reversible power plants using pumped-storage hydropower technology – could be useful for the national authorities in Angola. Another option that should also be considered is the conversion into green hydrogen of the energy excess produced in several periods.
Over the next decade, once these large projects are operating, it will be possible for Angola to make the energy transition and become a supplier of electricity, thereby exporting clean energy, not only oil. Until demand reaches the level of installed capacity, it will be possible to use this power to produce, in a very competitive way, green hydrogen. There’s a possibility that Angola will become a hydrogen producer using the excess of power during non-peak consumption periods, considering the future capacities of solar and wind projects. With its experience in the energy sector, COBA will be able to help the national authorities with this challenge.

Which projects would be most eligible for the application of pumped-storage hydropower?
A good start would be to use the installed capacity from the solar plants or from the mini hydropower plants in operation or to be installed in the country. Today, there are several off-grid solar plants across the country with small or no energy storage capacity. Pumped-storage systems could be useful to balance production and consumption needs in remote off-grid areas. This technology allows the storage of excess energy produced by solar plants during the day or by the wind farms during the night, since power banks are too expensive.
For the time being, it is not necessary to transform the existing hydropower plants into reversible dams, but some of the upcoming hydropower projects in Angola should be built with a reversible powerhouse with capacity to store production that exceeds consumption. With the ongoing solar projects under development in Angola with an installed capacity amounting to 500 MW, it is urgent to start thinking about efficient energy storage solutions.

What structural challenges must be addressed for Angola to seize its renewable energy potential?
With the cost reduction of solar and wind energy, we have seen a race to energy storage systems in countries such as Portugal and Spain, and also Morocco. Similar problems will arise in Angola, with the development of solar and wind energy. From the construction of the reversible power plants to the installation of electrolysers to produce green hydrogen, the solutions will have to appear to store energy.
In countries with a well-developed gas grid, it is possible to inject hydrogen directly into the grid with up to 15-20% in the blend without any kind of problem. This is not possible in Angola as there is no gas grid, but the hydrogen obtained from renewable energies can be shipped overseas or converted into ammonium. In turn, this chemical compound can be used as an energy storage component that could be exported or used for the fertiliser industry.
Staying in the area of hydrogen, COBA is developing, together with a Portuguese university, a prototype for the production of renewable gases such as hydrogen from organic waste produced by pig farms.
This is an example of small to medium-scale systems for decentralised production that combines energy production with the reduction of pollution caused by the organic load and at the same time to promote the sustainable valorisation of pig farm waste. In a country like Angola, and considering that most of the farms are far away from the electric network, the hydrogen produced in these units can be used for self-consumption.

What is the group’s experience in developing reversible hydropower plants in other countries?
Portugal has many dams with installed reversible systems. Today, the COBA Group is one of the major players in this sector. Besides the projects developed in Portugal, we developed a master plan in Morocco for the identification of all the potential pumped-storage sites. More specifically, we are designing, in this country, a pumped-storage project of more than 300 MW.
In Cap Vert, we are designing another pumped-storage project with 20 MW of capacity. Another country where our activity has increased in this area is Spain, where we have been invited by two of the most important energy players to together with them study two large projects of reversible dams with an installed capacity of more than 1,000 MW.

What are the main challenges in developing power infrastructure in Angola?
Most of the projects are not financially viable, taking into account the electricity tariffs charged in Angola and the existing subsidisation for fuels. One way to overcome this problem and attract foreign investment for renewable power infrastructure could be done by differentiating energy purchase tariffs.
There are many private sectors, namely the mining sector, willing to have guaranteed electric power supply at a slightly higher cost than the one provided by the public entity.
This must change, as when the private sector relies on diesel generators, this spurs their interest in small, off-grid power production projects. However, if the offtaker of electricity from the national grid does not remunerate this energy adequately, these small projects cannot compete against them.

Which key projects have defined COBA Group’s presence in the country?
We started our activity in Angola at the end of the ‘60s, working with the Ministry of Planning in various sectors. In the ‘90s, we began with the Chiumbe-Dala and M’Bridge hydropower project and afterwards with the Gove hydropower project, developing the total design phase and the construction supervision of the project and the rehabilitation of the dam, which had been damaged during the civil war.
Since then, we have been involved in all of the main hydropower projects. We supervised the construction of the second power plant at the Cambambe hydroelectric site and have been involved in the Laúca dam project as design reviewer and as owner-engineers. As designers, we were responsible for the design of the 34-MW Luachimo Hydropower Project, and we recently started our collaboration with MINEA (Ministry of Energy and Water) on the large-scale Caculo Cabaça project as owner-engineers.

What is the company’s footprint in Angola’s water sector?
COBA has a large footprint in Angola’s water and energy sector. As authors of the National Water Plan and of the National Irrigation Plan, finished in 2015 and 2011, respectively, we collected a huge amount of data from the country’s soils, climate and water resources.
With a deep knowledge of the country, we are using all our expertise in several domains including agriculture, public water supply and sanitation, and are currently involved in several multipurpose projects in the Cunene River basin. We’re also developing the sanitation master plans in the cities of Uíge, Malange, Lobito, Cuito, Huambo, Luena and N´Dalatando.

What role does Angola play in COBA Group’s global strategy?
As a consequence of the recession period, which devastated a number of European economies after 2011, COBA shifted a large part of its capacity to Africa, with a special focus on Angola, where we achieved 70% of our total income in the year 2017. Today, Angola represents approximately 50% of our turnover, which will drop to 40% this year, as business in Europe is growing. However, Angola will continue to be our main external market, currently at a percentage of about 30 or 40%.
This growth in Angola was only possible with the focus on training Angolan technicians. Nowadays, more than 70% of our technicians in Angola are national; they were given long-term training in Portugal.

How has Angola’s reputation evolved over the years and how does this impact its draw for external financing?
Angola’s reputation has improved over the last few years. Whereas 10 years ago the Chinese investment in huge projects was dominant, today there are many Western private investors and public funds wishing to invest in Angola. This is the reflection of the perception that Angola has changed for the better under the current government. As a result of the improvement of Angola’s reputation, we now have a much wider set of multilateral funding agencies investing in this country.