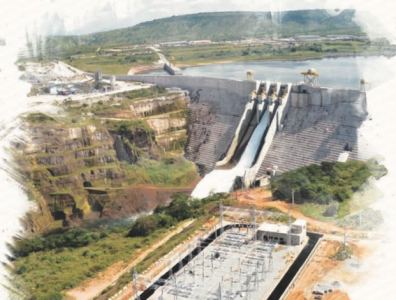 Angola is among the countries with the largest hydroelectric potential in Africa and plans to have 66% of all power generation capacity contributed by this renewable source by 2025.

The Laúca hydroelectric power station is a key element in the Angola Energy programme and began under the National Development Plan 2021-2017. The power plant was commissioned in December 2020 after its sixth turbine was installed. With a total capacity of 2.07 GW, it is now the second largest hydropower plant in Africa.

The central goal of the Angola Energy 2025 vision is to achieve basic energy access through 60% electrification by increasing power generation capacity and distribution capabilities. The development is supported by private-sector investments. While energy consumption is expected to rise to 7.2 GW by 2025, total production capacity is slated to reach 9.9 GW by the same year.
Angola is among the countries with the largest hydroelectric potential in Africa and plans to have 66% of all power generation capacity contributed by this renewable source by 2025. While other power plants are in their planning stages, the Laúca hydroelectric power station is key to the government meeting its current goals.

ANGOLA’S PRIDE: Construction on the Laúca hydropower plant started in July 2013 on the Kwanza River in Dombo-Ya-Pepe, 282 kilometres from Luanda in the Kwanza Norte province. The project was carried out by Gamek, an enterprise under the Ministry of Energy and Water, and is owned by state-owned electricity company ENE. Investments of an estimated USD 4.3 billion were necessary to complete the project. Brazil’s Odebrecht Engineering and Construction was hired as lead contractor.
The first 334-MW turbine was commissioned in July 2017, with the last and sixth one commencing operations in December 2020, pushing total installed capacity to more than 2 GW. There is a 65.5-MW environmental flow power plant under construction at the site that will push capacity to its final 2.07-GW capacity. Laúca will generate 8,640 GWh of electricity a year and provide electricity to 10 million people, particularly in central provinces Huambo and Bié. The plant will be connected to Luanda via a 400-kV power transmission line that will provide 500 MW to the city, considerably increasing the reliability of the network.
Together with the Cambambe, Capanda, Mabubas and Lomaum hydroelectric plants, the Soyo combined-cycle thermal power plant and other similar thermal projects, the new system will interconnect 10 out of 18 provinces throughout Angola.
The Laúca hydroelectric asset will soon be joined by another record-breaking project, the 2.17-GW Caculo Cabaça hydroelectric plant in the Kwanza Norte province. Construction began in 2017 and commissioning is expected in 2024. The project is financed by a group of Chinese banks. Together with the Laúca dam, they will provide almost half of Angola Vision 2025’s target energy capacity.