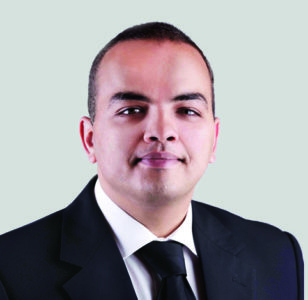 The gradual advancement of legislative reforms will create positive impacts on the wider society and economy, which will increasingly lead to more successful project delivery in the oil and gas industry.

Mohamed Khodeir, partner at Al Tamimi & Company, talks to TOGY about the Egypt's planned law reforms, the new investment law and how the oil and gas industry can serve to re-energise the economy. Al Tamimi & Company is a law firm that offers legal services in all GCC jurisdictions as well as Iraq, Jordan and Egypt.

Egypt’s oil and gas industry is undergoing massive changes at the moment, and so is its legal sector. The Egyptian government is addressing corruption, commissioning mega-projects throughout the hydrocarbons value chain and initiating a number of youth and women’s development programmes.

CLEAR THE WAY: In March 2015, just before the Egypt Economic Development Conference, Egypt issued Presidential Decree No. 17/2015. This decree aims to reform several of the country’s laws, including sales and income tax laws, company law and the old investment law.
It provides a clear enabling route for improving the environment for investors, particularly those partnering on new oil and gas industry projects. Among the changes are a unified approval window for investors and a new method of land evaluation. Several other investment processes are also set to be expedited under amendments developed from thorough local research, input from the World Bank and examples from other jurisdictions.

TIME IS OF THE ESSENCE: While there is an appetite for moving forwards, implementing far-reaching reforms is not an easy feat in Egypt. Government bodies with thousands of employees do not necessarily share the same enthusiasm for change and the biggest reforms will take time to weave through Egypt’s bureaucracy.
In the short term, Egypt has to fix the damage caused by the past few years of socio-political turmoil. This is going to be the priority over the next four years and has to come before the bureaucracy and corruption that have drained a lot of the country’s income and development can be fully addressed. Thereafter, the gradual advancement of legislative reforms will create positive impacts on the wider society and economy, which will increasingly lead to more successful project delivery in the oil and gas industry.

MEGA-SUCCESS: The Suez Canal expansion project is a perfect example of the successful mega-project delivery and management Egypt can accomplish in this reform environment. The project was financed through public subscriptions, which were obtained entirely in-country, and completed within one year.
This demonstrates that Egypt is capable of delivering significant infrastructure within a short timeframe and without resorting to external debt. This sort of project management track record will be vital in future oil and gas developments, all of which require long time horizons and consistent sources of foreign capital. Egypt already has plans in place for new power generation projects and work in the petrochemicals sector.
For the canal itself, the expansion is the first step in establishing a corridor similar to the Jebel Ali Free Zone in Dubai. An independent authority will oversee the area and provide a huge platform for value-added service industries. The Suez Canal and other special economic zones will be major contributors to Egypt’s economy in the next few years. The Egyptian government just needs to ensure that its law reform programme continues to have a lasting impact.

DEEP IMPACT: In order to move forwards and build on this progress, the government has formed a legislative committee that is working to prioritise planned amendments and address them in order of most urgent need. A case in point is Egypt’s extremely heavy legislative body, with almost 40,000 laws in place.
The initial focus will be to reform the main driving sectors of the economy, which are energy and transportation infrastructure. These two sectors are vital for the proper functioning of the economy and for investments to flow in.