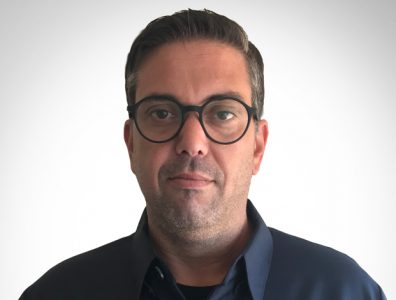 Opportunities are abundant in Angola. If you want to come to Banco BIC, we will explain them and show you areas of interest for your business.

Hugo Teles, CEO of Banco BIC, talks to The Energy Year about how the strong oil price is impacting the Angolan economy, the bank’s approach to working alongside the energy value chain and how the country can develop a sustainable power sector. Banco BIC provides retail and commercial banking services in Angola.

How could the USD 80-plus oil price scenario impact Angola’s economy during 2022?
If the oil price keeps rising or even remains above USD 80, Angola will surely have a surplus of foreign currency. This is key in order for the country to continue paying its debt overseas, as it is doing at the moment, and to cover the public debt. On a related note, we are now seeing the results of the government’s major effort to reduce internal debt and costs.
Both the offshore and onshore sectors are moving, and even more so with the new bidding rounds. The banking sector feels this in its business with service providers, drilling companies and even geological survey firms. Money consumption from these companies means that things are moving. It’s a very good sign. For instance, salary accounts have increased. Some companies that were dormant are not anymore. More service providers are coming back and working with the bank.
The oil price rise is good news for the banking sector, but we have not yet perceived the benefits, since there is an eight-month lag between the price rise and its effects on the economy. However, the government plans to invest in essential infrastructure developments across the country in 2022. This will mainly be in roads and electricity transmission lines, which will of course benefit the Angolan population. But it will also have a positive impact on the hydrocarbons and power industries that are deeply rooted in these areas.

What is Banco BIC’s approach to working alongside the energy value chain?
We have a dedicated oil and gas department. We are providing capital for public and private companies in the oil and gas and energy sectors. We finance hydrocarbons exploration, provide capital for power plants, give credits to oil and gas service providers, and so on. We aim to cover the entire energy spectrum.
As an example, during 2021 we approved a credit facility with a limit of USD 10 million to service providers involved in the midstream, with the purpose of revamping a local refinery. We did so despite some clients having a limited credit history and project track record in Angola because we value their international experience and the importance of this type of project for Angola’s economy.
This is a country where a great deal of developments still need to be done. The opportunities are abundant. If you want to come to Banco BIC, we will explain them and show you areas of interest for your business. That is what we are here for.

What is the banking sector’s current capacity for providing credit to the real economy?
In Angola, it isn’t easy to secure credit. It all depends on guarantees. We are a risky economy in terms of registering guarantees in the banks.
Liquidity is a major factor. Angolan banks are still struggling somewhat with this. This was planned in order to contain inflation quickly. With less cash available, there is less inflation. The economy is still slow, and it’s important to note that these are artificial measures that have a beginning and an end.
I think the kwanza is appreciating artificially. If there is no demand for US dollars, it is simply because people have no kwanzas to buy them, in which case it’s normal to start piling up foreign currency. That means the kwanza is appreciating, but only due to its current lack of liquidity.

Why has Banco BIC positioned itself as a leader among Angolan banks in giving private-sector credits?
Credit makes the economy grow. It’s as simple as that. And private companies and entrepreneurs are the ones who are going to push the economy ahead. As a bank, we’ve never surpassed 51% of our assets in government bonds. We have 49% in a credit portfolio for individuals and companies. I think that is the best strategy. Private companies work harder in terms of growing their business. I think the private sector also has more knowledge.
Angolan banks were only buying government bonds, which basically is giving credits to the government, so banks were not growing in private-sector credits. Also, as a bank, if you are only providing financing to the government, which is not usually competitive, the demand for results is not the same.
In 2020, all banks got the bad news that we had to constitute provisions on the government bonds at 20%. For Banco BIC, this meant a hit to liquidity of around USD 300 million. Imagine what a huge impact this had for other banks that had 80% of their assets in government bonds.

How does the bank’s coverage rate for non-performing loans impact its overall performance?
We are at under 20% non-performing loans right now, which is the lowest rate among banks in Angola. The ideal number would be between 0 and 3%.
Our strategy is to have 80% coverage for non-performing loans, so we don’t have liquidity problems if they rise a bit more. So even if the situation gets worse, we are totally covered. It’s an old-fashioned approach to credit in which we prefer to have an anticipated cover for a bad scenario instead of having to cover for a bad scenario when it happens. We prefer making less profit and keeping our equity high while keeping a healthy credit coverage.
Most banks in Angola are performing very well in terms of profit. However, if you compare their equity over the past three years, it came down in proportion to their results. They basically took equity value from the whole bank to pay the shareholders. If you look at Banco BIC’s results in 2020, our profit was bad and the equity was the same. However, our shareholders understood the situation of a year like 2020. They stood by us and understood that their bank was still worth the same, or more.

Does Banco BIC receive inquiries to finance renewable energy projects?
We have been consulted by American, Nigerian and Emirati companies that provide solar power. These are large oil and gas and agriculture companies. As an initial stage, they are looking at what is going on in our market and where they can fit it in their services. We look at the conditions for credit and how we can help them, and try to identify the investments required. They are looking at starting up or having a base in Angola. They can work from scratch with a small structure where they can receive material, assemble it and mount it too.

How can Angola develop a sustainable power sector?
Angola has all the conditions to produce energy. We are wasting around 60% of the energy that we produce. The key is to revamp the electricity transmission and distribution system, and then the country can meet its own electricity needs. Projects are under development for this.
We have an excess potential of hydropower, which can give Angola extremely positive benefits if we are able to sell energy to neighbouring countries that lack these resources such as DR Congo, Zimbabwe, Zambia and Namibia. These countries can easily buy energy from Angola. This would be an interesting investment, and I believe the government is looking into it very carefully.