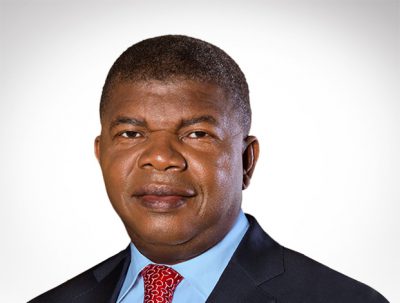 Policies must better serve the interests of Angola as a country, and of the investors that are willing to invest in the future of Angola.

TOGY talks to Angolan President João Lourenço about measures the government has implemented to encourage investment, the fight against corruption and his policy plans for the oil and gas industry. Since his election in August 2017, President Lourenço has implemented a series of reforms across the economy and the hydrocarbons industry in particular.

Which are the measures Angola has used to encourage more investment?
Foreign private investors no longer have the obligation to partner with Angolan local companies in order to do business. We have also created a framework that greatly facilitates getting business visas, and a model of visa-free travel for some passports, too. However, we are very committed to removing the biggest obstacle to doing business in Angola, which is the phenomenon of corruption. This is a struggle that is difficult, and it will take some time, but we are prepared to face it, and we are sure that we will win.
The mission of fighting corruption is a commitment of our society, and we are convinced that corrupt officials will be defeated. This evil had reached unsustainable levels in Angola in the past, and through our past it is only a matter of time that honesty and transparency prevails. We must be honest and say that it takes a lot of courage, but we believe we have the energy and commitment to bring this fight to the end, whatever difficulties we may encounter along the way.

Which are the government’s priorities with regards to the oil and gas industry?
Angola has recently changed the policies directing how our country’s energy resources are managed. Policies must better serve the interests of Angola as a country, and of the investors that are willing to invest in the future of Angola. It is indeed a new era for the Angolan oil and gas sector: We have adopted a fully transparent mechanism to manage public tenders, and we have created an independent national concessionaire of Angola’s oil and gas resources.
Having stripped Sonangol of its regulatory and concessionaire attributes, it is now being restructured to focus on exploration, production, refining and distribution activities. An important issue throughout all these processes and reforms is that the best international practices are being applied. This is essential for a sector that is as fundamental to our economy as the oil and gas sector.

What is your vision of future for Angola?
My greater motivation is to serve the Angolan people. It was the Angolan people who put me in this place, with a very clear mission to govern the country. This is what we try to do every day. All the difficulties that we encounter must be considered normal, proper to the office. I want to see an Angola with greater press freedom, and with stronger liberties for the Angolan citizens. Right now, it is no longer taboo to organise public protests in Angola, and non-governmental organizations and civil society organisations are free to disagree with our policies.
The lack of diversification of Angola made our period of crisis especially painful. Our current struggle is precisely to diversify our economy, and we can achieve that by creating a business environment that is conducive to private investment, both domestic and foreign, so that we can develop other segments of our economy beyond the oil and gas sector. That is why we are fighting against monopolies and encouraging competition among companies. The conducive measures are there, it is only a matter of time that we see a healthier, more diversified Angolan economy.
In the mid to long term, our mission is to reverse the current situation and have Angola move from an exporter of raw materials to a producer of manufactured products. This will ensure that our country can create more jobs and business opportunities for our citizens.