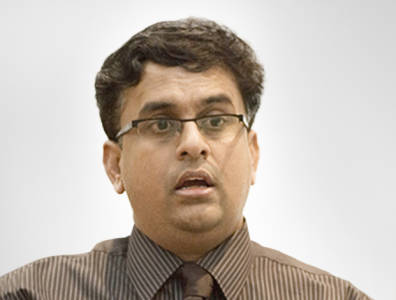 "Thanks to its ideal geographical location, Qatar has the ability to steer exports towards the most attractive markets."

Qatar holds 24.7 tcm (872 tcf) of natural gas reserves, the majority of which is located in the North Field, and is the largest producer and exporter of LNG worldwide. Doha is therefore in a favourable position to weather the effects of lower commodity prices, but changing global supply and demand dynamics may challenge Qatar’s dominant position.

Qatar is among the best-placed countries to survive low oil prices. Home to the world’s third-largest gas reserves, the country is also the fourth-largest natural gas producer. With 77 million tonnes of LNG produced per year, Qatar accounted for a third of global LNG exports in 2013. “Most of Qatar’s natural gas production comes from the North Field, where production costs have historically been lower than in other Gulf States. Doha made investments in LNG capacity to attain a dominant position in global markets, ensuring key revenues for the state,” Gopal Balasubramaniam, head of oil and gas for Middle East and South Asia at global consulting company KPMG, told TOGY. Thanks to its location halfway between Europe and Asia, Qatar has become a swing supplier with the ability to steer exports towards the most attractive markets.

LONG-TERM RELATIONS: Qatar has historically sold most of its LNG through long-term sales and purchase agreements (SPAs) to companies like Chubu Electric of Japan, KOGAS of South Korea and Petronet of India. This has allowed Qatar to secure advantageous prices, as these partners are “often ready to pay higher prices for the long-term supplies and energy security these agreements provide,” Balasubramaniam said.
Although these contracts are generally indexed on Japanese Customs-cleared Crude prices in Asia, the recent fall in oil prices does not have immediate repercussion on them. Pricing formulas are based on average oil prices over several years, and oil-indexed gas prices therefore have more stability than crude prices.
“Long-term SPAs guarantee high and stable revenues for Qatar until the period between 2020 and 2025, when most of these contracts will come to an end and will have to be re-negotiated,” Balasubramaniam added. Simultaneously, Qatari LNG has also been sold on European and Asian spot markets for advantageous prices in recent years.

SPOT CHANGES: However, lower crude prices will have an impact on revenues from new oil-indexed contracts. At the same time, because of the lower prices spot markets have been offering recently and the consequent increase in spot markets trade, there is pressure for more flexibility in long-term price indexation.
“In a context of volatile oil prices, some buyers may prefer buying cheaper natural gas on spot markets rather than relying on oil-indexed long-term agreements,” Balasubramaniam told TOGY. In this context, buyers may also be interested in renegotiating existing agreements they have with Qatar. In 2015, for instance, India initiated talks with Qatar to reduce the volumes of LNG it receives under their SPA and to revise the price at which it purchases the gas. However, Qatar keeps expanding its network of customers and started exporting LNG to Pakistan and Jordan in April and May 2015, respectively.
Most of Qatar’s LNG production is still sold under long-term SPAs, but the proportion of short-term contracts among the country’s overall LNG sales is increasing, which is giving Qatar more room to manoeuvre. In recent years, Qatar was able to redirect more gas from Europe towards Asian spot markets, where prices higher than Japanese Customs-cleared Crude-indexed contracts have been observed at times. The trend towards larger volumes of spot market sales is, however, not to be overestimated, as the degree of energy security that long-term contracts offer to energy-dependent states is significant.

UPCOMING CHALLENGES: Qatar’s position as a major LNG provider and swing supplier will be challenged by growing competition in the coming years. Australia is expected to produce 120 million tonnes per year and to overtake Qatar as the largest producer by 2018. “Australia benefits from its proximity to energy-hungry Asian markets, but projects are hampered by high costs and limited access to a skilled workforce. American producers are also expected to start exporting LNG in the coming years due to the shale-gas boom,” said Balasubramaniam. Although volumes are still uncertain, they will be able to reach both European and Asian markets, and the US could therefore also become a swing producer. Asian demand will play a key role in shaping future trade dynamics, depending on the ability of the Far-East markets to absorb additional production. This will be key for Qatar, as China’s consumption will grow significantly, while Japan, South Korea and Taiwan remain the largest buyers of Qatari LNG.
Qatar may lose some of its market share and pricing power. However, future revenues will remain robust, as Qatar can rely on low LNG production costs. If the moratorium on exploration in the North Field were to be lifted, new projects would also cost less than American and Australian projects. As of today, Qatar is still in a solid position compared to other hydrocarbons producers at both regional and global levels.