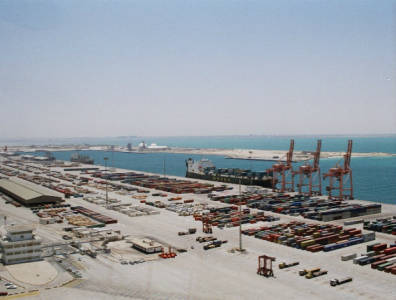 Saudi Arabia is shifting its export focus on the East with hopes to capture the rising demand in China and the region. The Saudi government is expanding commercial and industrial port infrastructure in the country.

One major project is the capacity increase of the King Abdulaziz Port in Dammam, with an investment of $750 million: $535 million in container terminal capacity expansion, and the rest in other facilities.

Saudi Global Ports (SGP), a joint venture formed between the Public Investment Fund (PIF) of Saudi Arabia and port operator PSA International (PSA), will develop, operate and manage the second container terminal at King Abdul Aziz Port in Dammam. The first phase of the project is expected to be complete and operational in the second half of 2014.

PHASE ONE, EXPAND: Dammam’s port, the largest Gulf port of Saudi Arabia, is a key distribution centre for the major provincial capitals in Saudi Arabia including Riyadh, which is linked via a railway network. The first phase of the port expansion will include two berths with total quay length of 700 metres and an area of more than 450,000 square metres. The construction will encompass the installation of six loading and unloading cranes. The added capacity will be 900,000 twenty-foot equivalent units (teu).

PHASE TWO, GROWING TRAFFIC: The second phase of expansion will double the added capacity to 1.8 million teu including the construction of two more berths, six additional loading and unloading cranes and an area increase to 300,000 square metres. Total capacity of the Dammam port will ultimately rise to 3.3 million teu up from the current 1.5 million. The expansion will tackle congestion, one of Saudi Arabia’s most acute logistical problems in recent years. The sudden increase in GDP growth – 8.5 percent in 2011 and 6.8 percent in 2012 – has meant a rise in trade volumes and a need for more port infrastructure. Saudi Global Ports is PSA’s only current venture in the Middle East and its first in Saudi Arabia.